Truex dominates at Dover for 2nd Chase victory of season 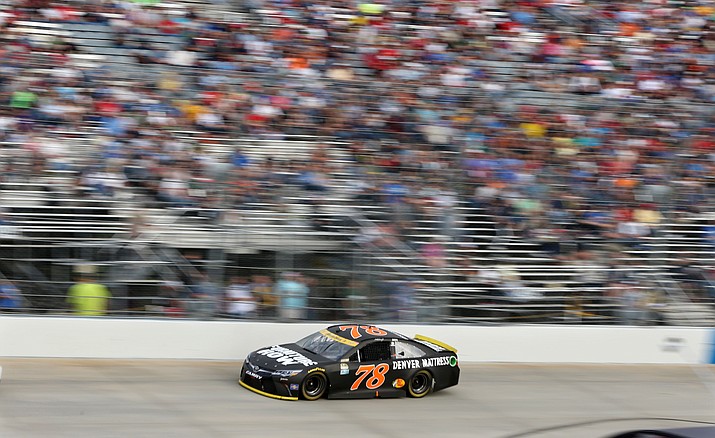 DOVER, Del. — Martin Truex Jr. watched season after empty season as other drivers hoisted trophies and celebrated championships and wondered if he was running out of time to become a winner.

Whatever the cause, Truex was a journeyman driver seemingly doomed to a mediocre career. Now, what quantifies as a downer in Truex’s career rebirth is that he failed to actually sweep the first round of the Chase — but two of three is pretty dominant.

“We’re not messing around, I guess,” Truex said. “We are here to get it done.”

Truex’s late-season surge extended Sunday at Dover International Speedway for his second victory in the first three Chase races. Truex won for the fourth time this season in the No. 78 Toyota and paired this Chase win with his opening victory at Chicagoland.

“Kind of a bonus win,” crew chief Cole Pearn said. “We didn’t need it all.”

Well, plenty of other Chase drivers did.

Tony Stewart finished 13th and the three-time NASCAR champion was knocked out of contention in the first elimination race of the Chase for the Sprint Cup championship.

Chris Buescher and Chip Ganassi Racing teammates Kyle Larson and Jamie McMurray also dropped out of the Chase. The field was sliced from 16 drivers to 12.

Austin Dillon finished eighth and moved from outside the points cutoff of the Chase to a transfer spot and advanced to the next round.

Kyle Busch was second, followed by Chase Elliott, Keselowski, Kenseth and Logano — the only five other cars that finished on the lead lap.

Harvick wins at New Hampshire to advance to 2nd round of Chase
Truex wins the race, but all talk about the brawl
NASCAR: Busch spoils Elliott’s run at Dover
Logano edges Kurt Busch, Truex in overtime
Truex repeats as Cup winner at Kentucky Speedway