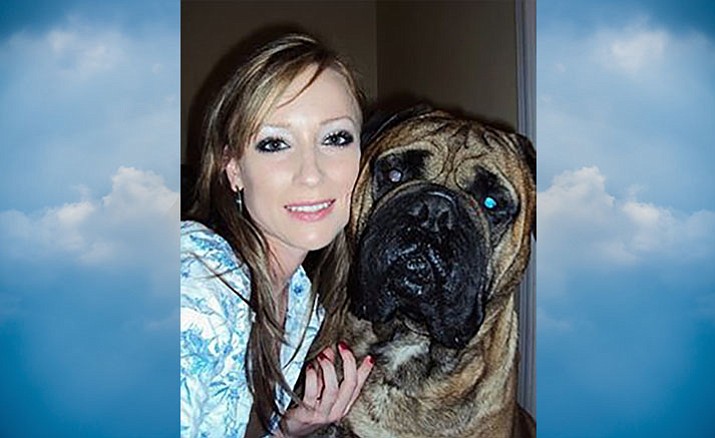 Stephanie Alice Groom/Stevens, 37, of Paulden, Arizona, passed away peacefully at home on Wednesday, September 21st after a valiant 2 year  battle with GBM brain cancer.  She was born June 28, 1979 in Burlington, Vermont.

Stephanie was a graduate of PIMA Medical Institute X Ray technician program. While attending college, she worked as a waitress/bartender at Tailgaters in Prescott Valley. Her interests were horseback riding, country western dancing, playing pool and being with friends.

She was known as ‘princess’ to her White Spar Racing friends.  Stef was loved by many for her beautiful spirit and sweet personality.  She fought cancer and dealt with the adverse effects of treatment, including losing her sight, in a brave and uncomplaining manner. She was an inspiration to all who knew her.  Some of the things said about Stephanie were:  “She’s one of the most beautiful souls that could have ever crossed my path,” “God bless Stef and may we all know the grace of her beautiful heart,” “I have never seen a woman so strong, so optimistic, so courageous,” “Stephanie has done so many great things for so many people.”   The world has lost a wonderful young lady.

There are no funeral arrangements at this time.  Donations to help with expenses incurred during Stef’s battle would be greatly appreciated and can be sent to www.paypal.me/StephStevens