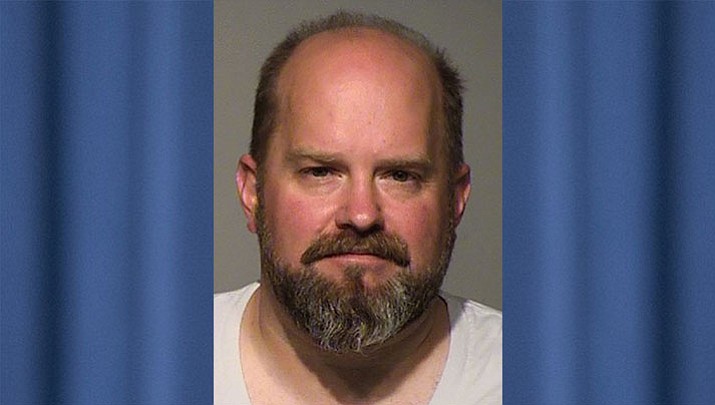 Editor's note: Due to the sensitive issues raised in this story, the commenting feature has been disabled.

PRESCOTT – A minister in the Baptist church, who left the area 10 years ago, has been indicted on multiple counts accusing him of sexually molesting children in 1995, 1996, and 1998 to 2001 while he was pastor of a church in Prescott.

One alleged victim, now an adult, came forward to Prescott Police and, according to a police report, when Chantry became a pastor at Miller Valley Baptist Church, Chantry told his parents that he wanted to tutor the victim, then “approximately 9 or 10 years old,” privately in his church office.

The parents consented, and the victim claims that, during his twice-weekly hourly meetings, Chantry would spank him, “grope him, rub him, and make him sit on his lap,” the report said.

The victim said that during a Christmas break during which he stayed at Chantry’s house, Chantry “began fondling him,” the report said, touching his private areas, and saying “he was making them feel better.”

This went on for a period of six to seven months, the report said, and Chantry allegedly told the boy not to tell anyone “about his special lessons because he would not be able to teach everyone.”

The man, now 32 years old, said that, even during the abuse he claims was happening when he was a child, he knew it was wasn’t right.

“I definitely felt it was wrong, but it was one of those things—he was the pastor … and there was nothing I could do about it.”

The man knew of at least one other boy in the same alleged situation, the report said.

According to the Christ Reformed Baptist Church of Hale’s Corners, Wisconsin, website, where he is listed as Pastor, Chantry moved to Arizona after finishing his seminary studies in California, and stayed for five years. He next moved to Washington and then taught at a Christian school in the Chicago area for four years, before moving to the Milwaukee suburb of Waukesha in 2006.

That’s where he was arrested in July, on a warrant taken out by Prescott Police. He posted bond there, then came to court in Prescott and was allowed to return, said Dwight D’Evelyn, spokesman for the Yavapai County Sheriff’s Office, and Chantry was not booked into the Camp Verde jail.

On Nov. 16, Superior Court Judge Tina Ainley held a hearing in which she recused herself from Chantry’s case, and it will be assigned to an out-of-county judge.

The current senior pastor at Miller Valley Baptist Church, Chris Marley, said that he wasn’t at the church when Chantry was there, and could only confirm that Chantry had, indeed, been a pastor there.

Repeated calls and emails to the Christ Reformed Baptist Church were not returned.

A representative for Chantry’s attorney, John Sears, said neither Chantry nor Sears would have any comment on the case.