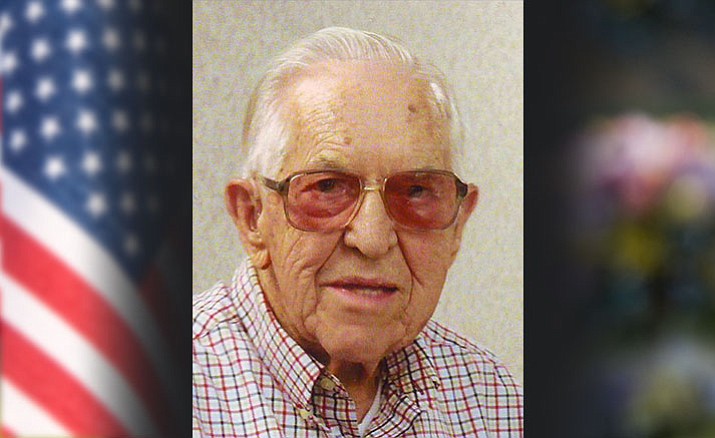 As a young man, he joined the Navy and served as a ship’s cook during WWII. At the end of the war he met the love of his life, Patricia. They were married until her death in 2000. They resided in Southern California for many years where Eddie worked as a meat manager for Safeway.

In 1987, he and Pat moved to Prescott to be near family. They were members of the American Lutheran church where they made numerous friends. He enjoyed getting together with friends and family for cards, sports and dining. Eddie was an avid sports enthusiast and gardener who especially enjoyed his roses.

A celebration of Eddie’s life will be held at the home of Brent Schnitzius, 711 Solano Drive, Prescott this Saturday Nov. 19, from 12-4pm. All friends are invited to attend.