Debut novel by Prescott College grad will appeal to many 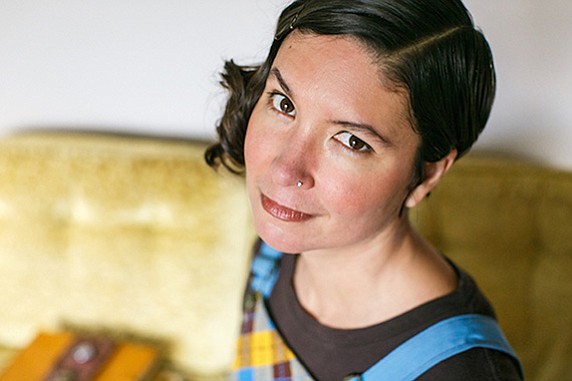 The three main characters in Hot Season, the debut novel by former Prescott resident, Susan DeFreitas, are idealistic students at a college known for its environmental programs. They struggle with their idealism, daily living, and how to make the country a better place.

DeFreitas said she found the book appealed to students everywhere with similar aspirations, as well as with readers from the Southwest.

“I knew right off the bat, people who love the high country will love this book,” she said from her home in Portland, Oregon. “You can feel my love for the landscape and people, what’s called ‘sense of place.’”

The story is centered around the three students attending college “like a college we know of in Prescott,” DeFreitas said. “The time of our college years has a huge sense of how to connect with big issues of the day, and at the same time, how to make a living, how to make a career for ourselves.”

This is the first book in a trilogy that she began writing during grad school in 2009. The main theme running through Hot Season is the struggle to save the Green River, a fictionalized Verde, she said. One of the characters runs through all three novels.

“The larger tie is the neighborhood they live in. The second and third books will focus on another group of people who are living in a barrio neighborhood (Dameron/Lincoln neighborhood) in the old bottomlands of the river,” she said, acknowledging the difficulty in focusing on just one person’s story while writing about environmental issues. “Places mean so much to so many people. It belongs to all of us.”

There also is a Pacific Northwest-Southwest connection with one of the characters – a radical environmental activist, a legend around Eugene, who protested old growth logging during the 1990s. DeFreitas said at one time this person attended Prescott College.

A Prescott resident for about 14 years, she directed the Tsunami on the Square festival from 2003-2007.

“It’s one of the things I’m most proud of having done in my life. The thing I loved about Circus Camp is that circus arts are the kind you can pick up in an afternoon – not like Suzuki violin, say – and instantly, you’re a star. At a certain age, it means so much to kids to have that positive reinforcement from the community.”

DeFreitas also covered local arts from 2002 to 2004 for Zene Magazine, before moving to Oregon in 2009 to attend Pacific University, graduating with an MFA in Writing. Her fiction, nonfiction, and poetry has been published in more than 30 journals and anthologies. She currently serves as a collaborative editor with Indigo Editing & Publications in Portland.

On Wednesday, Nov. 16, at 6 p.m., she appears at the Prescott Valley Public Library to talk about The Small Press Publishing Landscape during the Professional Writers of Prescott meeting.

Book Review: Hot Season, by Susan Defreitas
Free workshop for writers on viewpoints set for Saturday, June 23
Local author's novel is a message of hope for the environment
Off the Shelf: "Further Out Than You Thought," by Michaela Carter
Local author shares secrets of 'Writing Made Easy'