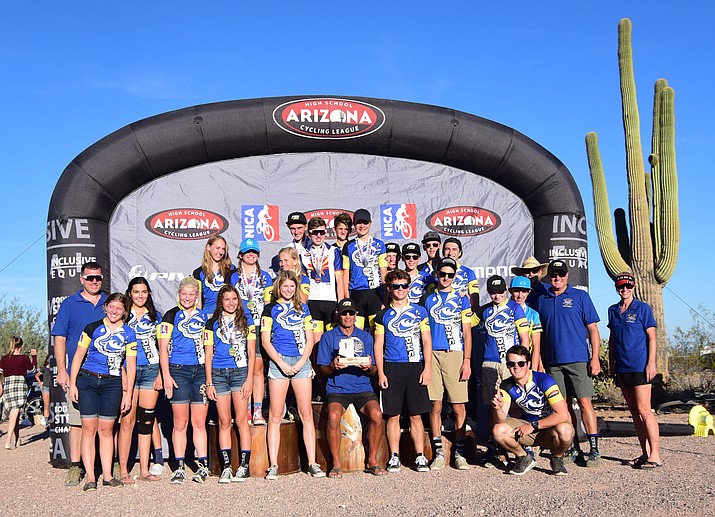 On Sunday at White Tanks, the course consisted of a 5.2-mile desert loop. Prescott coach Wayne Fernandez said all of his varsity girls had been sick during the past week, “but they came out, raced and did very well.”

“Temps were not as bad as the previous race,” Fernandez added, referring to unseasonable heat Oct. 23 in Fountain Hills. “Although warm, heat was not a big factor in the race. All the riders fought hard, and trained hard; they earned this title with all their effort.”

What follows are the results for Prescott High’s cyclists in Race No. 5, followed by his or her overall state placement.

Each rider is scored on his or her best four races out of the five. His or her lowest score is thrown out. Each rider also receives 25 bonus points if he or she finishes all five races.