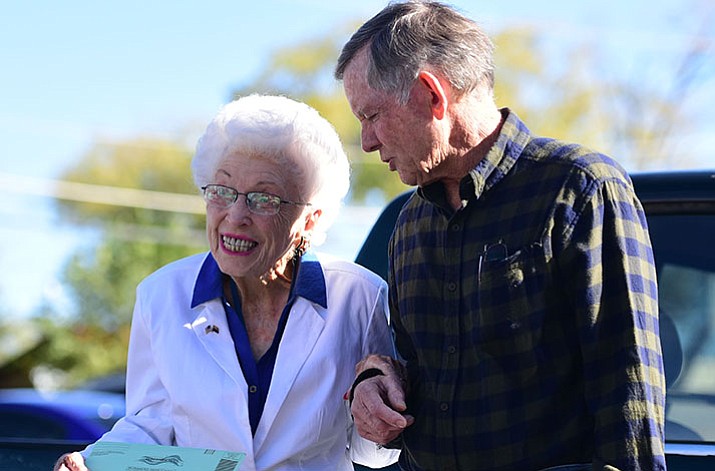 Jerry Emmett arrives with her son, Jim, at the Yavapai County Administration Building to cast her early ballot in the 2016 General Election Tuesday, Nov. 1, in Prescott. Emmett, who is 102 years old, voted for Franklin Delano Roosevelt in her first presidential election. “I am getting to vote for Hillary Clinton for president, which has been my dream since Bill Clinton was president.” Emmett added for everyone “to be sure and vote.”