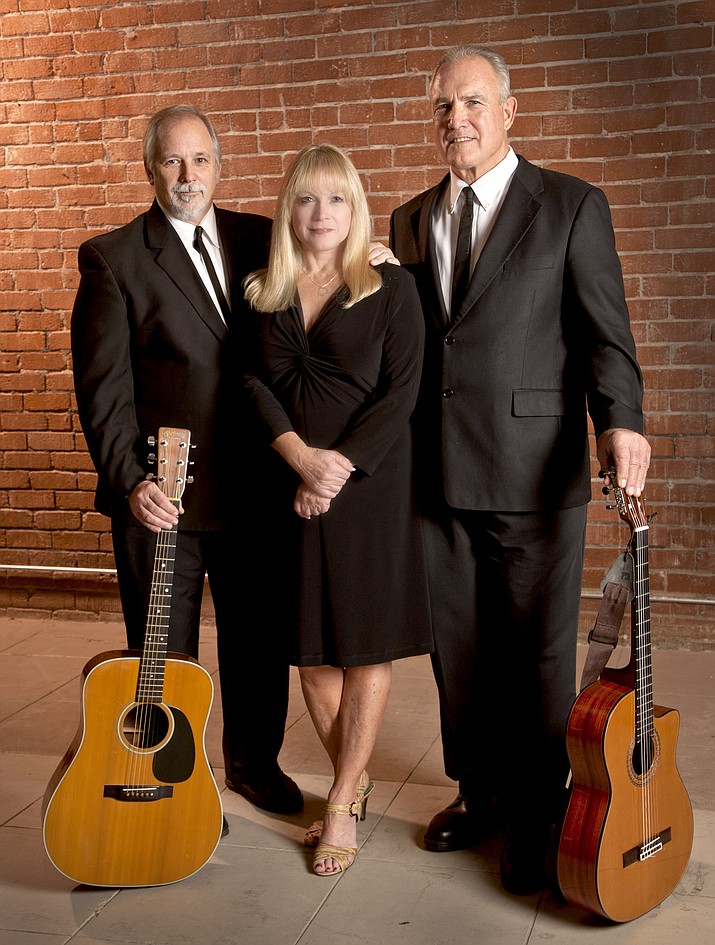 Where: The Highlands Center for Natural History

Tickets: $20 at the door or online

Nostalgia and nature will mingle together at The Highlands Center for Natural History on Saturday, May 28, when a Phoenix trio performs a tribute concert to legendary 1960s folk singers.

Peter, Paul and Mary Remembered will be the featured opening concert for the center’s ninth Folk Sessions Season, also featuring Folk Sessions’ performers Tom and Christina Agostino, beginning at 7 p.m. Tickets are $20 and can be purchased either at the center office or online at www.folksessions.com

In tribute to the famous Peter, Paul and Mary, the three musicians who compose Peter, Paul and Mary Remembered – Marty Province, Dave Dumas and Sharron Owen – will bring the folk culture that became synonymous with those three singers to life again, performing such group classics as “If I Had a Hammer,” “Blowin in the Wind,” and “Leaving on a Jet Plane,” according to a Folk Sessions news release. The legacy of the Peter Yarrow, Paul Stuckey and Mary Travers is of musicians who enlightened generations with songs that touched chords related to human justice and political issues of the day.

This Arizona band is part of a growing group of Baby Boomers who yearn to pay homage to music that is timeless, tunes as likely to speak to guests who have never heard them before as they are to those who can sing the lyrics and refrains by memory.

A few nights later, Thursday, June 2, at 7 p.m., The Highlands Center will treat local audiences to another evening of stirring music under the night sky.

Touted as one of Arizona’s “hottest young acts,” the Tucson group Run Boy Run will bring their blend of country, bluegrass, Celtic and folk to the bucolic setting of the center, offering attenders a vocal peek into traditional American music performed on various string instruments, according to the Folk Sessions release.

This group that was a winner at the Telluride Bluegrass Festival Band Contest and appeared on Garrison Keillor’s “Prairie Home Companion” radio variety show offers a unique sound that will captivate its listeners.

“Existing in the tension between tradition and frontier … Run Boy Run truly exceeds the sum of its parts as touches of classical, jazz, and folk express themselves through the old-time core of the band’s unique sound,” the release said.

Tickets for that performance are also $20 and can be purchased through the center or online.