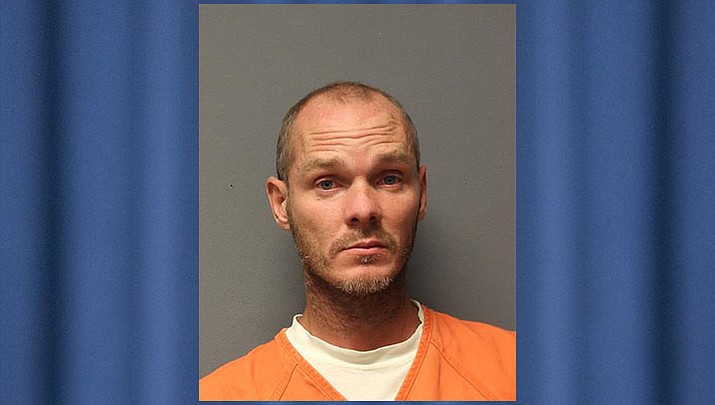 MAYER – A homeless man staying with a disabled 47-year-old man was arrested Tuesday, May 3, and charged with theft and fraud after sheriff’s deputies said he took the victim’s debit card, found the PIN, and took $300 from the account.

The victim said Mitchell Shields, 34, asked to use his debit card, but he said no, according to YCSO spokesman Dwight D’Evelyn.

The next morning, the card was missing as was a piece of paper with the PIN that had been in the victim’s wallet.

A Meals on Wheels volunteer flagged down a deputy to report the theft in the 10000 block of Highway 69, telling him that the victim did not have a working telephone.

“The deputy alerted area units to watch for Shields and during a records check, discovered Shields had a valid parole violation warrant,” D’Evelyn said. “A short time later, Mitchell was located on Miami Street in Mayer.”

He gave the deputies a false name, but they had already seen his driver’s license photo and knew he was Shields.

Shields was booked on charges of identity theft, fraudulent use of a credit card, seven counts of theft, and computer fraud. He’s being held without bond in the Camp Verde jail due to the parole violation warrant.