New book on Hotshots aims to piece together details of tragedy 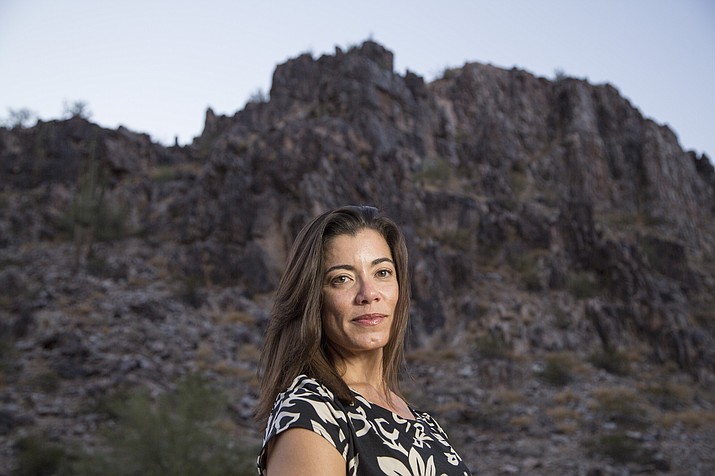 Fernanda Santos, who covered the Granite Mountain Hotshots tragedy as a bureau chief for the New York Times, has written “The Fire Line.” 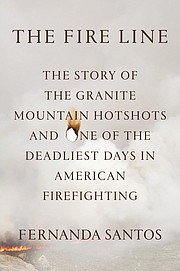 “The Fire Line: The Story of the Granite Mountain Hotshots and One of the Deadliest Days in American Firefighting”

PRESCOTT – The prologue to Fernanda Santos’ new book chronicling the story of the Granite Mountain Hotshots starts out with a diagram that is both enlightening the heartbreaking.

Page 1 of the book – “The Fire Line; The Story of the Granite Mountain Hotshots and One of the Deadliest Days in American Firefighting” – features a diagram of 19 coffin-like shapes, depicting the Hotshots’ final stand against the June 2013 Yarnell Hill wildfire.

The prologue explains that the diagram, while “distanced, emotionless,” also tells an arresting story of “loyalty, death, and immeasurable grief.”

Santos, who covered the Granite Mountain Hotshots tragedy as a bureau chief for the New York Times, said she chose to lead off with the diagram because of what it said about the Hotshots’ mindset as they made their fateful descent into a box canyon in the hills overlooking Yarnell.

Indeed, the diagram, which was a part of the September 2013 Yarnell Hill Fire Serious Accident Investigation Report and shows that the Hotshots died clustered closely together, was “the reason why I wanted to write the book,” Santos said in a recent telephone interview.

Noting that much of the news coverage after the Hotshots’ deaths focused on “finding out who was to blame,” Santos said she found the diagram of where the remains of the Hotshots lay after the fire more significant. “Why is it that none of them tried to run away? That became a much more interesting question to me,” Santos said.

Her book, a detailed 273-page account, takes the reader into the individual Hotshots’ early days with the crew, as well as into their final day with family and friends.

After the prologue sets the stage with background about the results of the wildfire, the book moves to a description of “The Guys” – from rookie Kevin Woyjeck, who earnestly learned the Ten Standard Firefighting Orders, to crew Superintendent Eric Marsh, who “had a soft spot for the underdogs” and was big on offering second chances.

To illustrate that, Santos tells of John Percin Jr., a recovering methamphetamine addict, who saw his place on the Granite Mountain Hotshots as “a final shot at salvation.”

As the book tells it: “Marsh knew Percin’s story. Percin had bared his heart during his interview, and his frankness had endeared him to Marsh, (crew Captain Jesse) Steed, and the other supervisors. Percin had clawed himself out of a pit. There he was, smiling, ready to give his all and go on rebuilding his life. Having a guy like that on the crew had value, and Marsh told him just that.”

Santos said her goal was to “peel all the layers and understand who they were and how they related to each other.” The personal histories that each of the Hotshots brought into the picture “became a huge element of that crew,” she added.

To achieve that understanding, she spent hours interviewing the men’s families and friends, and combined that with the reams of interviews, investigations, news accounts, radio communications, and video tapes.

Each member of the crew had a role to play – a point that Santos said helped her to understand her original question: Why did they stay together, with none of the 19 trying to run to safety on his own?

After getting to know the men and their roles, she said, “It made sense that they would stay together at the last moment. Everyone has a role, and I think it was pretty clear that if they were going to make it, they had to stay together.”

The story moves quickly on to the lightning strike that ignited the Yarnell Hill Fire, and the early response to a wildfire that was initially considered “inactive,” and “not much of a threat.”

The book also delves deeply into the radio communications that flew back and forth in the frenzied minutes late Sunday afternoon, June 30, 2013.

“The fire hurtling toward Yarnell that Sunday had made a U-turn in the sky, mesmerizing bystanders,” Santos wrote. “From his cockpit, a pilot in charge of guiding airplanes on fire-retardant drops noted the flames’ growing strength and speed and alerted Marsh that, at the pace the fire was going, it would reach Yarnell in one hour, and that Granite Mountain’s buggies appeared to be on its path,” the book stated, adding, “Marsh told the pilot not to worry, that he had a plan.”

In the chapter, “No Answer,” the book recounts the desperate final words from Marsh: “Yeah, I’m here with Granite Mountain Hotshots. Our escape route has been cut off. We are preparing a deployment site, and we are burning out around ourselves in the brush and I’ll give you a call when we are under the sh-shelters.”

The final chapters tell of the aftermath – the recovery of the remains, the long procession back to Prescott, and the families’ efforts to heal.

Santos says she strove to piece together the many elements of the tragic day. “When you look at these things individually, they are one-dimensional,” she said of the various documents. “When you piece it together, you understand what was happening at a moment in time.”

Santos’ book is being released today, Tuesday, May 3, and she will be in Prescott at 5 p.m. Saturday, May 7, for a talk and book-signing event at Peregrine Book Company, 219 N. Cortez St.