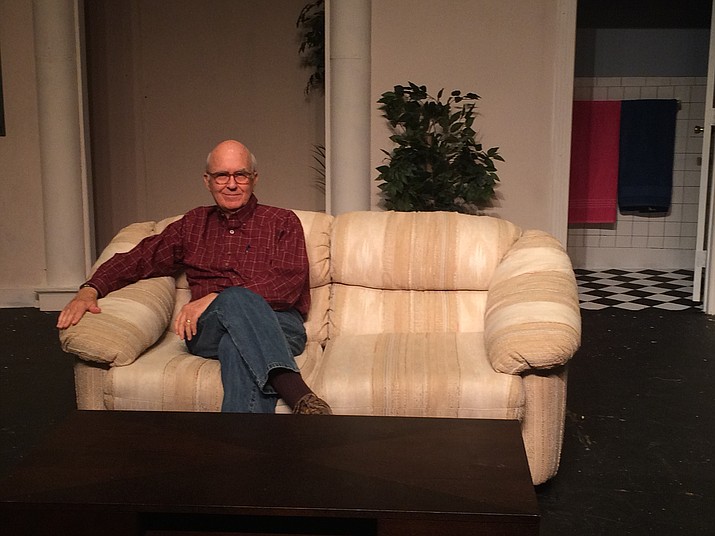 Bruce Lanning directs Prescott Center for the Arts’ production of “Boeing, Boeing,” which debuts Thursday, May 5, on PCA’s main stage.

The Prescott Center for the Arts continues its season with Mark Camoletti’s “Boeing, Boeing,” directed by Bruce Lanning on the main stage.

A lot of theaters around the country have been doing the show and, two years ago, Lanning saw it at the Shakespeare Festival in Utah.

“It was the funniest production I had ever seen, almost,” Lanning said, noting he thought it would be fun to put on. “It’s a change from what I’d been doing, too. I’ve … done some farcical plays, but never just an out and out farce.”

The play is set during the early ’60s, Lanning said. It’s a time that’s always interested him as he met his wife in college in 1962. He also knows the style of the time.

Another reason for putting the show on is that Randy Faulkner had directed another one of Camelotti’s plays, “Don’t Dress for Dinner,” a few years ago, Lanning said. It’s another farce as Camelotti mostly writes farces and Lanning always felt like he wanted to try it once.

Academy Award winner Mark Rylance, who won the award for Best Supporting Actor for his role in “Bridge of Spies,” acted in the play when it was in New York a few years ago.

The fast pace of the show makes putting it on very challenging, Lanning addded. It’s about a man who’s engaged to three airline stewardesses and he plays their schedules against each other. It’s one thing after another.

This version of “Boeing, Boeing” is what has turned into the classic American version of a British and French farce, he said.

“I don’t think they’ve seen a play like this for a while,” Lanning said of the community.