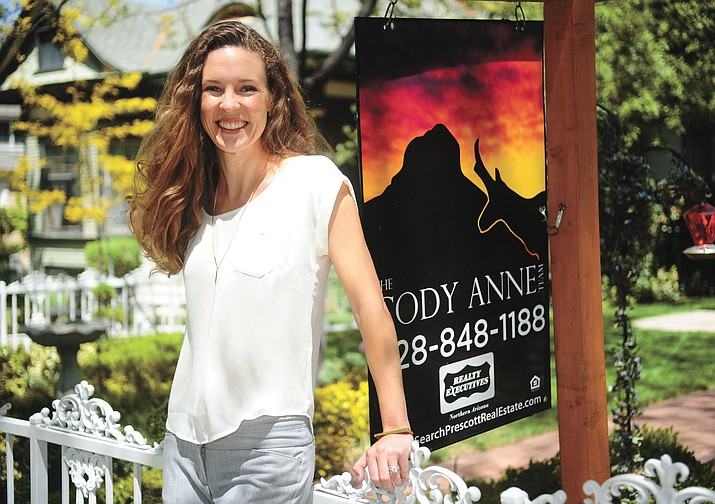 The Daily Courier lists its inaugural 20 Under 40 winners today, for which readers honored 20 area entrepreneurs, managers, business owners and professionals younger than 40.

If you had asked Cody Anne Yarnes 10 years ago whether or not she was going to end up being a business women, she would have said “h* no.”

Turns out, she not only loves it, but is good at it to boot.

Almost immediately after graduating from Prescott College in 2006, she and her husband, Michael, decided to stick it out in Prescott with no particular direction in mind.

Cody Anne at a glance

She knew she wanted to make a good living and didn’t want to get stuck working at bars or restaurants, so she quickly acquired her real estate license.

Since joining Realty Executives in 2006, she has received awards for top production eight out of those 10 years. She was also ranked No. 55 out of about 8,000 Realty Executives agents internationally for total sold volume in 2015 (just under $19,000,000).

In addition to her professional work, she also serves on the board of directors at BBVA Compass and is a strong proponent of philanthropy.

“No one ever went broke by giving – time or money,” Yarnes said.

“We strongly support The Launch Pad Teen Center, a local non-profit by teens, for teens and donate $100 per closed sale (that means last year we gave $8,400)!”