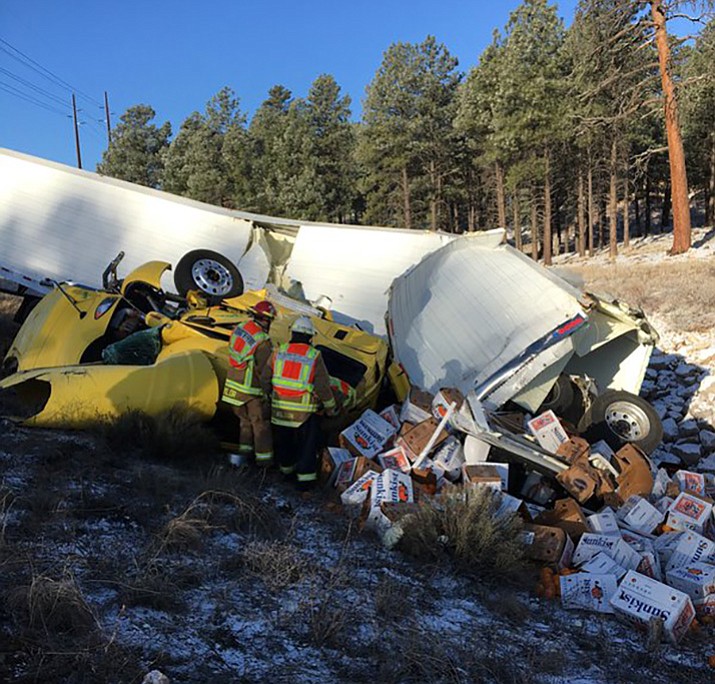 A semi truck crashed Wednesday on I-40 in Flagstaff, killing two people.

FLAGSTAFF – Two people are dead are dead after a semi tractor-trailer went off Interstate 40 in Flagstaff on Wednesday, March 30, a DPS spokesman said.

It happened about 5:45 a.m., when the truck, which was headed east, rolled into the center median of I-40, spokesman Raul Garcia, Jr., said.

Two men, a driver and co-driver, were pronounced dead at the scene near mile marker 197.

“It’s unknown if speed or weather was a factor in this collision as of now, however, numerous DPS troopers were responding to calls of numerous vehicle collisions and slide-offs along the Flagstaff I-40 corridor,” Garcia said. “At the time of this collision the roadway was snow and ice covered.

The DPS has not released the names of the victims per notification of next of kin.

A second, unrelated collision on I-40 four miles east of the truck crash occurred at about 5:15 a.m., with what Garcia called four commercial vehicles and one passenger vehicle.

No one was injured in that incident, he said