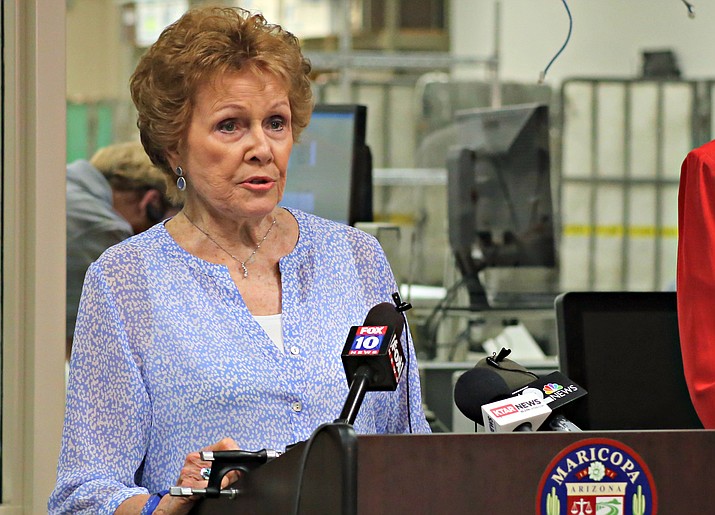 In this March 21, 2016 photo, Maricopa County recorder Helen Purcell speaks at a news conference on Arizona’s presidential primary election in Phoenix. State lawmakers are weighing in on the long wait times many Maricopa County voters experienced during the state's presidential primary. House Elections Committee chairwoman Michelle Ugenti-Rita announced Wednesday, March 23, 2016 she would call a special meeting next week to try to understand what led to the problems. She's invited Purcell to testify about the low number of polling spots that led to lines as long as five hours.

PHOENIX (AP) — Maricopa County officials are set to certify the results from last week's presidential primary that prompted lines of more than five hours after the county slashed.

The County Board of Supervisors meets Wednesday morning to do the official canvass and formally approve the results. They're also set to discuss the problems at the pools and review how polling sites were selected and consolidated.

Maricopa County cut the number of polling places from previously presidential primaries primarily to save money. But turnout at the polls was greater than expected and they were swamped with voters.