Thousands of provisional ballots remain to be counted in Yavapai 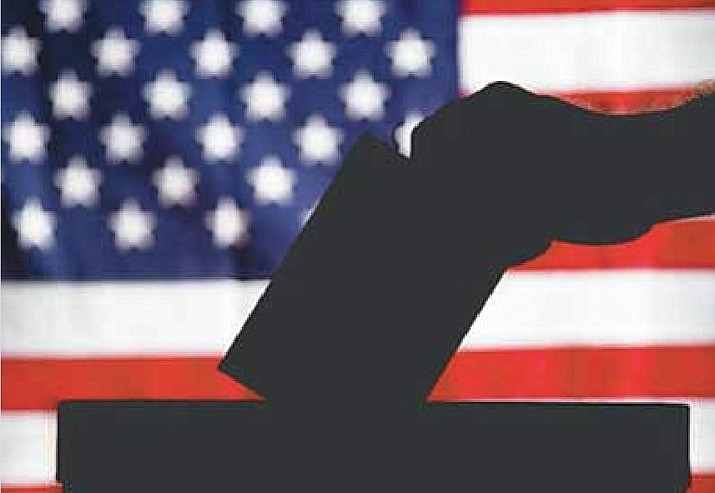 PRESCOTT – Voters in Yavapai County escaped the long lines reported in other areas of the state.

“We had no wait times over 15 minutes,” Yavapai County Recorder Leslie Hoffman said.

She said one of the factors that helped in Yavapai County was the large number of voters who cast their ballots early.

Of the 41,476 ballots counted Tuesday night, more than 37,000 were cast early, either through the mail or in-person at one of the county’s two elections offices.

Hoffman said Wednesday morning her office is still working through about 3,300 provisional ballots and about 2,100 early ballots dropped off on election day.

The latter are the ballots cast using a mailed ballot that voters returned to a vote center or drop box. County officials have already counted thousands of those in recent weeks, and Hoffman said her staff has an efficient system for counting them.

She said that’s not true. Each of the provisional ballots cast Tuesday will be reviewed and, if deemed valid, counted in the final tally.

Hoffman said there are several reasons voters may have been required to cast a provisional ballot, including clerical errors and problems with information delivered from the state Motor Vehicles Division in a timely manner.

Another reason might be the voter moved and didn’t update their mailing address. Voters who fail to respond to the county recorder’s mailers can end up on the inactive voter list.

Hoffman explained the provisional ballot and the envelope the voter fills out are enough to get those voters off the inactive list and back on the normal voter rolls.

Another reason a voter may have needed to vote provisionally Tuesday is party affiliation.

In Arizona’s Presidential Preference Election, voters must have already aligned with one of the parties. This time, those included the Republican, Democratic and Green parties. Voters affiliated with another party or not affiliated weren’t eligible.

But Hoffman said voters who pushed the issue or claimed they had changed their registration should have received a provisional ballot. She said no voters who thought they were eligible should have been turned away at the polls.

By using provisional ballots, county elections officials can set those ballots aside while they review original voter registration documents and other records to verify eligibility and affiliation. If it turns out there was an error and voters were already affiliated with one of the three parties, their ballots will be counted.

These voters have until 5 p.m. Friday to bring proper identification to a county elections office.

Hoffman said her office staff will be processing provisional ballots at least until the weekend.

“We go to a big effort to process every single one of them,” she said.

Hoffman said excluding the provisional ballots and the late-delivered early ballots, more than 63 percent of eligible voters participated in the presidential primary.

“We historically run the highest turnout in the state,” she said. “We have a very engaged and motivated electorate.”