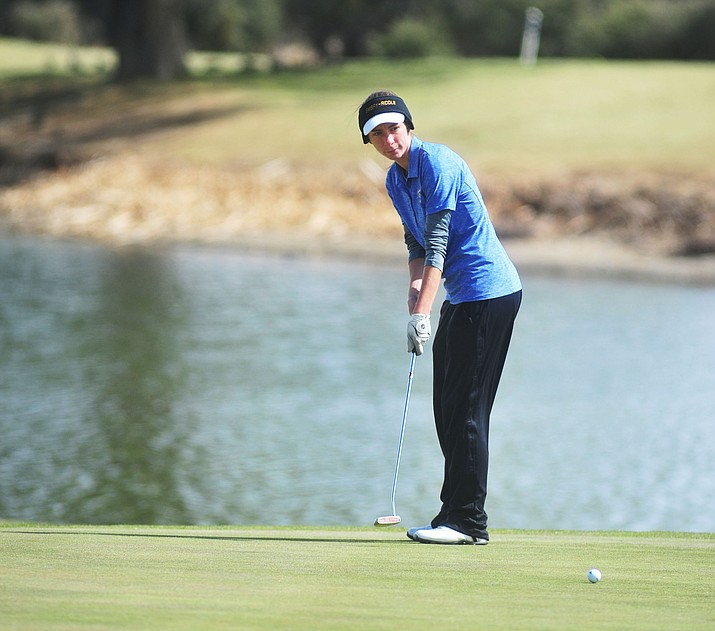 Playing among a field which included several programs in the National Association of Intercollegiate Athletics (NAIA) Top 25 Coaches’ Poll, the Eagles’ women were led individually by sophomore Trae Jones (79-78=157) and junior Lauren Kruszewski (81-76=157), who tied for 10th.

Boosted by Jones and Kruszewski, Embry-Riddle’s squad placed higher than four NAIA opponents ranked ahead of them, including No. 7 Wayland Baptist, No. 12 British Columbia, No. 13 Thomas and No. 16 Victoria (British Columbia).

The Eagles shot a respectable 309 in the second and final round of the tournament. But that score alone wasn’t quite enough to overcome SCAD-Atlanta and Bellevue, which shot 303 and 300, respectively, and tied for second place overall.

Embry-Riddle coach Kim Haddow said she’s pleased with her women’s team as it prepares for the conference tournament April 10-12 at Brookside Golf Course in Pasadena, California. The Eagles’ women’s and men’s squads are the defending Cal Pac champions.

“We had an exciting tournament, starting with a hole-in-one by Jennifer Baltimore!” said the coach, who’s had two other current players hit holes-in-one at Primm, including men’s golfers Austin Sverdrup and Kale Davidson.

“Conditions were tough, but not too tough for us. We improved the second round with four counting scores in the 70s. Trae Jones and Lauren Kruszewski continue to lead our team with very solid play. These young ladies are all confident and determined to win the Cal Pac Conference.”

On the men’s side, Embry-Riddle faced a tough contingent of foes, as each were either ranked or had received votes in the latest NAIA Top 25 Coaches’ Poll. (Hope International was the lone team not listed in the poll.)

Embry-Riddle improved steadily as the tournament progressed, shedding six strokes from the first round to the second round and from the second to the third (316-310-304=930).

“I am very pleased with the play from Austin Sverdrup,” ERAU assistant coach Mike Haddow said. “He had very solid ball-striking all three days and was able to score. We know what we need to do these next two weeks to prepare for the conference championship. It’s good for us to play in such a strong field. This is like a mini national tournament.”