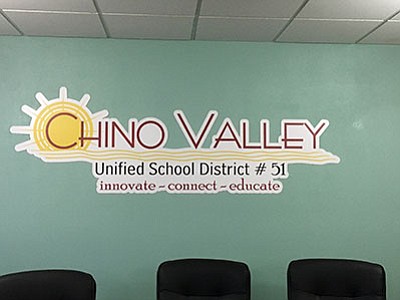 Enrollment numbers have stabilized in the Chino Valley Unified School District (CVUSD) - one student left the high school, but five students have enrolled at the elementary level this month, Superintendent Duane Howard told board members at the March 14 board meeting.

In fact, next year's fifth-grade class - the fourth-graders this year - is on track to exceed the five teachers currently teaching fifth grade. As of March 3, the district has 163 fourth-graders who will move up to fifth grade at Del Rio Elementary School next year. With the current five teachers, this makes the average class size almost 33 teachers, which exceeds the district's staffing model of 32 students per teacher.

Fifth-graders will remain at Del Rio for the 2016-2017 school year rather than moving on to Heritage Middle School (HMS). As a result, the "specials" teachers will not be available as they are this year at HMS where they helped with larger class sizes.

In addition, the fifth-grade teachers will be working in teams of two next year with one teaching math and science and one teaching reading and social studies. Both teachers on the team will teach writing.

"This provides a transitional step between a single multi-subject elementary teacher and the middle school model where grade levels are taught by teams of five, each with a different subject," Howard said.

Adding a sixth teacher will even up the teams, he said. The board's approval now means the district can advertise, interview and hire early, as teachers are in high demand.

The district's preschool, Territorial Early Childhood Center, has increased its enrollment from 23 special needs students this past year to 35 this year. The growth in this program and the increased peer student tuition will provide funds to hire back a preschool teacher for the 2016-2017 school year. The position was cut this past year when the district used six paraprofessionals, one designated as lead. With a teacher on board next year, the district will cut one paraprofessional position.

In other matters, the board: