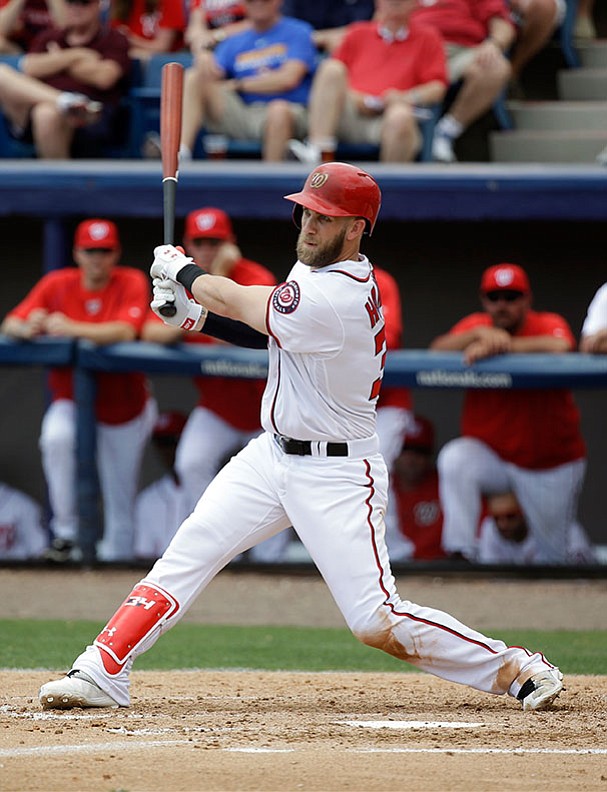 Baseball has an age problem. According to data collected by Sports Media Watch, half the television viewers during the 2013 World Series were 55 or older. Those numbers are consistent with the age of viewers of all nationally televised games on FOX, ESPN, TBS and the MLB Network during the entire 2013 season, giving baseball the oldest television viewing audience of any of the four Major League team sports.

And the 2013 season wasn’t unique. For the five-year period leading up to 2013, the median viewing age increased by one year annually, which suggests to some observers that baseball is a dying sport.

To counter this trend, MLB has made it a priority to reach out to younger generations in a number of ways. The goal is to introduce baseball to kids as early as possible, and for good reason. According to MLB Commissioner Rob Manfred, research shows that “The biggest and strongest indicator of fan affinity as an adult is if you played [the game] as a kid.”

In December, the league hired Hall of Famer Cal Ripken Jr. as a special advisor on youth programs and outreach. Ripken’s charge was to come up with ways to entice kids away from their video games and other sports and begin playing baseball. Nothing was off the table. The former Baltimore Orioles’ shortstop came up with a number of recommendations, some of which are guaranteed to offend traditionalists.

Among the suggestions under consideration are starting every inning with a runner on first base; beginning each inning with a different count; determining the length of an inning by the number of batters instead of the traditional three outs; and requiring players to steal in order to create more action and excitement. At the lower levels of the sport – T-ball, Little League – the game can appear to be too slow and boring compared to other sports. The proposed changes are certainly creative, perhaps radical. But they are designed to make the game faster and quicker, and to keep players more involved in the action on the field. “We’re not ruining the game,” said Ripken, “we’re teaching the game. We’re showcasing the game.”

It’s not just kids who think the game could use some excitement. Washington Nationals’ outfielder Bryce Harper, one of MLB’s most exciting players, last year’s National League MVP, and soon to be the sport’s first $300 million player, recently told ESPN the Magazine that baseball is “a tired sport because you can’t express yourself. You can’t do what people in other sports do.” His comments were directed in part to the criticism he and other players – Jose Bautista of the Toronto Blue Jays and pitcher Jose Fernandez of the Miami Marlins to name two – have received for showing emotion, i.e., not playing the game the “right way,” according to the unwritten rules of the sport.

Bautista was roundly criticized last year for famously flipping his bat after hitting one of the most exciting playoff home runs of all time. After he strikes out a batter, Fernandez stares him down and pumps his fist, making traditionalists everywhere cringe.

Hall of Fame reliever Goose Gossage had both players in mind when he said in a recent interview, nee rant, with ESPN that “showboating” is ruining the game. He went on to say that “Bautista is an [expletive] disgrace to the game … Throwing his bat and acting like a fool…” Gossage’s comments, when compared to Harper’s, perfectly frame baseball’s ongoing culture war; in essence, the old versus the young. But times change and the things in society, including sports, that don’t change with it, are in danger of being left behind.

Fortunately for MLB, not all the numbers are as alarming as the average age of TV viewers. For example, the average age of those using the MLB.com At Bat app on their cell phones and tablets is 34, evidence that when the sport adapts it can engage the younger generation on their level. And that’s exactly what baseball must do in order to compete with other sports - football, basketball and soccer to name a few - that are siphoning off fans and interest.

If baseball fails to change, the sport could be headed to the same place as its older TV-viewing audience: the cemetery.


Jordan Kobritz is a former attorney, CPA, and Minor League Baseball team owner. He is a Professor and the Chair of the Sport Management Department at SUNY Cortland. Jordan maintains the blog: http://sportsbeyondthelines.com and can be reached at jordan.kobritz@cortland.edu.