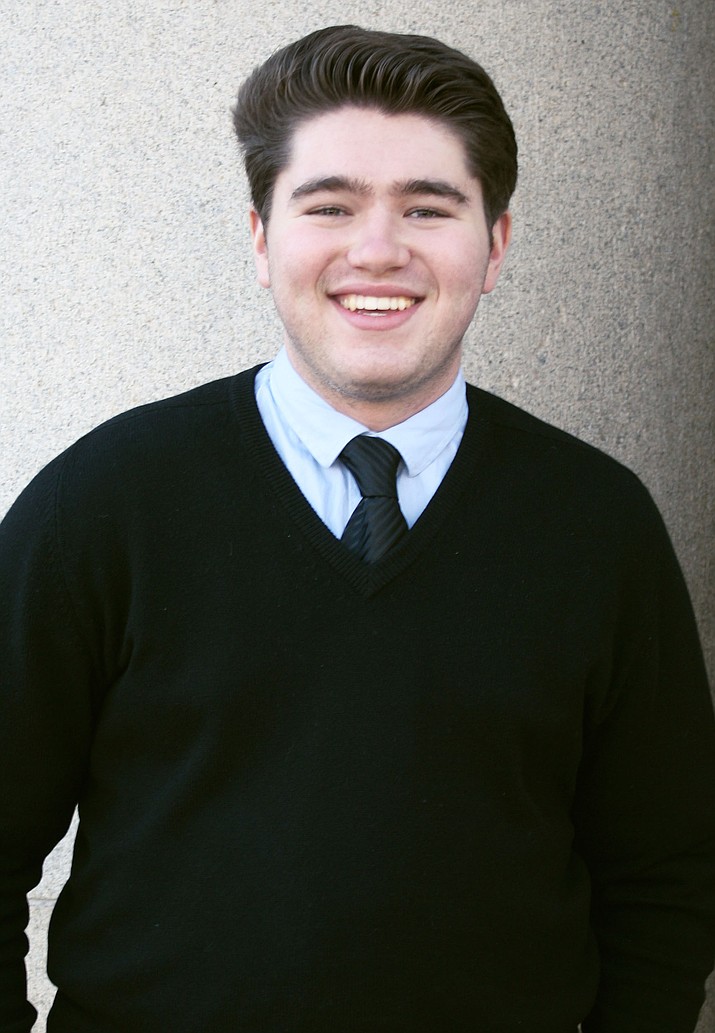 Prescott Unified School District is proud to announce that a Prescott High School senior has been awarded the prestigious Flinn Scholarship. Luke Aslanian was notified earlier this month that he will be receiving the award.

When notified, Luke stated “I am honored and grateful for the wonderful gift the Flinn Foundation has offered me. I could not have received the Scholarship without the teaching and mentoring of many members of the Prescott community, and I hope taking advantage of the empowering opportunities it provides will allow me to give back to the Prescott and Arizona communities in the future.”

Luke will receive free tuition, room and board, funding for study abroad and mentorship from faculty at his choice of Arizona’s three public universities. This is the fourth year in a row that at least one PHS student has won the award.

The scholarship is highly competitive, and the process begins in the spring of a student’s junior year. Commenting on the process, Luke stated “The process of applying for the Flinn Scholarship is nearly as grueling as its object is gratifying: around a thousand of Arizona’s top high school seniors write several essays, list extracurricular activities, and submit recommendations and transcripts. That group is cut down to 80 semifinalists, each of whom undergoes an individual interview. There is a resulting cut to 40 finalists who go on tours of Arizona’s schools and are interviewed by a panel of nine board members and other accomplished Arizonans in a final interview. I’m grateful to be one of the 23 people who made it through this challenging process.”

The Flinn Foundation is a privately endowed, philanthropic grant-making organization that was established in 1965 by Dr. Robert S. and Irene P. Flinn to improve the quality of life in Arizona to benefit future generations. Today, the focus is on keeping the best and brightest of Arizona’s students in Arizona, and each of this year’s recipients will receive a scholarship package estimated to be worth in excess of $115,000.

In commenting on the local support he received, Luke said, “I would first like to individually thank the late Mr. Janssen, whose brilliant influence in Academic Decathlon set the trajectory that led me to the Flinn; Ms. Hawley, a fabulous teacher who helped rekindle my love for reading and writing; and Ms. Bunch, without whose perspicacious teaching and mentoring I simply would not be where or whom I am today. I’d also like to thank Mr. Swan and Mrs. Hillig for their counseling and encouragement throughout my time at PHS and Mr. Stengel, Lt. Colonel DeKemper, Colonel Peeples, Mrs. Check, and Dan Kenley for their crucial help in preparing me for my Flinn interviews.”

Luke hasn’t decided which school he is going to attend but stated “I’m currently leaning towards the University of Arizona and its world-class Philosophy, Political Science, Economics, and Law (PPEL) program. The PPEL program is uniquely able to prepare me for my current career goal—which is to empower people politically and economically as a nongovernmental organization (NGO) leader—possibly dealing with microfinance for people in underdeveloped countries—and statesman.”