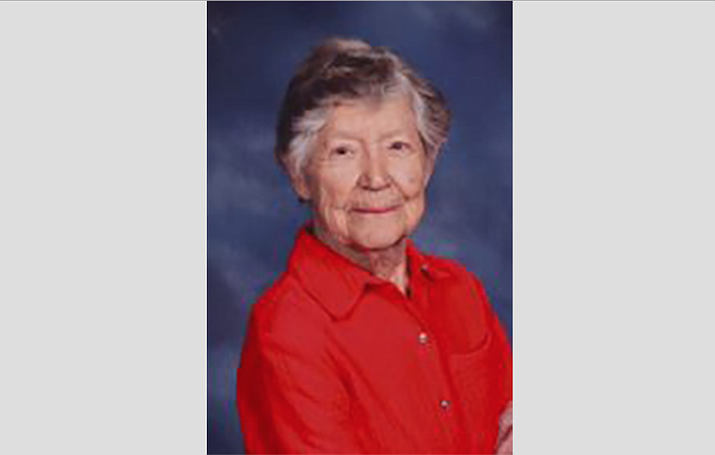 Laura Bell was raised in Rockford, Illinois. She graduated Rockford High School in 1936. She was married in 1937 in Rockford, Illinois. She and her husband, Clifford O. Shugars, along with their sons, Robert and Jerry, moved to Arizona in 1947. Forty-one of her 69 years in Arizona were spent in Prescott, where she continued developing many loving, life-long friendships.

She always made time for anyone who needed someone and continually gave of her time, talent and treasure regardless of the circumstances. Her hero was her creator – the one she loved the most in life and the one she looked forward to meeting in death.

She was an active, devoted member of Willow Hills Baptist Church where she happily participated in PALS and Senior Choir and volunteered in the church library and with their Homebound program.

A celebration of her life and faith will take place at 2 p.m. on March 31, 2016 at Willow Hills Baptist Church, Prescott, Arizona.