Sonoran Dogs to perform at Elks for first time 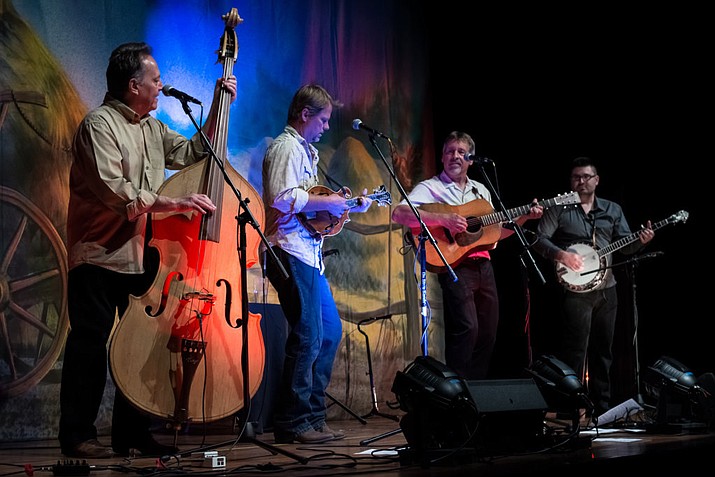 Sonoran Dogs to perform at Elks for first time.

The sounds of bluegrass music are coming to Prescott once more. But it’s not for the Prescott Bluegrass Festival. At least not yet. Rather, The Sonoran Dogs, who headlined last year’s bluegrass festival, will be performing at the Elks Theatre and Performing Arts Center, 117 E. Gurley St., on Saturday, March 19 at 7 p.m. as part of their Bluegrass Bonanza tour.

Presented by Lonely Street Productions, this is the first time the band has performed at the theater.

The original Bluegrass Bonanza tour was in 2014 and was a series of shows in March of that year said band leader and manager Peter McLaughlin. They decided to do it again this year because of good audience feedback, he said.

“It’s nice to be back doing it,” McLaughlin said, adding that the band is looking forward to returning to Prescott. “We love playing up there.”

Tickets are $25 for adults, $22 for seniors and $30 for opera box seats and can be purchased online at www.prescottelkstheater.com, by calling 928-777-1370 or at the door one hour before the performance.

McLaughlin loves getting to meet new people, visit new venues and see new towns and places wherever the band performs, McLaughlin said. It’s also an opportunity to perform for people who appreciate bluegrass music, he added. Further, when time allows, the traveling presents a chance to take the scenic routes, like over the Sierras on the way to California.

The Sonoran Dogs try to provide an entertaining show, McLaughlin said, noting the music stands on its own. The band works to address the audience and present the funny side of bluegrass along with the music. As a whole, the band knows that it’s not entirely about the music, he said. It’s also about connecting with the audience. That’s one reason why they’re looking forward to playing at the Elks Theatre and Performing Arts Center, McLaughlin said, noting that he’s performed there on other occasions.

“It’s a venue where the audience is right there,” he said.