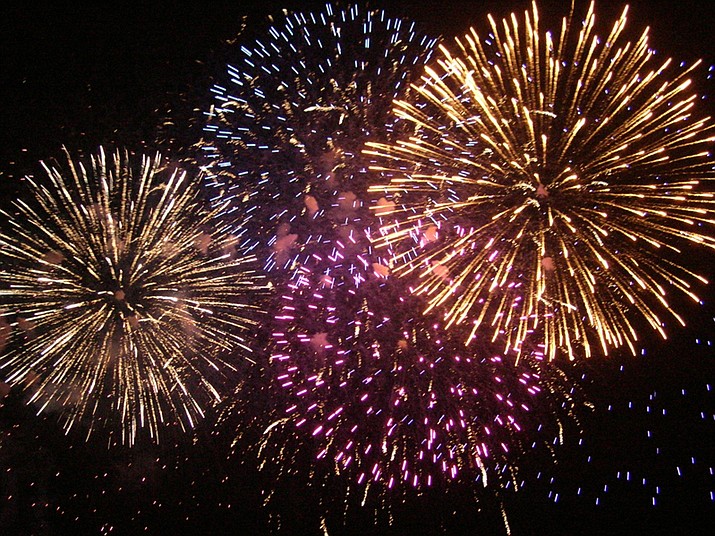 PRESCOTT – A 12-year tradition will come to an end in Prescott this summer, when the annual July 4 celebration will move from Pioneer Park to downtown Prescott.

In a unanimous vote on Tuesday, March 15, the Prescott City Council approved a contract with Eagle Management and Events, LLC, for carrying out the community’s Fourth of July event, including fireworks.

Eagle’s proposal involves moving the event from Pioneer Park in northeast Prescott to the Mile-High Middle School football field off Goodwin Street. The fireworks display will take place at the nearby downtown parking garage on Granite Street.

Steve Gottlieb of Eagle Management said after the meeting that the event would be scaled back somewhat from the large event at Pioneer Park, which annually attracted anywhere from 10,000 to 30,000 people.

Gottlieb expects about 5,000 to 6,000 people to attend the downtown event, which will have an entrance fee of $5 per person, and a $10 fee for a wristband for unlimited use of the attractions.

“We’ll have an inflatable section, a music section, and a food section,” Gottlieb said, adding that the inflatables would include a number of giant water slides, similar to those at the Pioneer Park event.

The event will feature live music, although Gottlieb said the bands are still to be determined. The food section will include a variety of food trucks, focusing on barbecue, he added.

Along with the sale of food, the event also will likely include the sale of beer and wine. A full bar is also a possibility, Gottlieb said, although the details are still being worked out.

The venue change comes in the wake of a series of city budget cuts, which as of Jan. 1 eliminated funding for a number of events, staff positions, and services.

Prescott Parks and Recreation Director Joe Baynes led off the discussion Tuesday evening by noting that his department was instructed by the council to seek out “public-private partnerships” to take on some of the events that the city had traditionally conducted.

A city RFP (request for proposals) went out earlier, seeking companies interested in “event planning and implementation for the annual Prescott 4th of July event.”

The RFP went to about 19 event promoters, Baynes told the council, and resulted in three proposals. A committee made up of representatives from the city, the Prescott Downtown Partnership, and the Prescott Chamber of Commerce reviewed the proposals, and recommended that the one from Eagle Management fully responded to the RFP.

After the meeting, Prescott Downtown Partnership Director Kendall Jaspers said the event would draw people to the downtown on a day (a Monday) that might not normally produce a lot of traffic.

“I think it’s going to end up attracting locals,” Jaspers said of the downtown venue. “It will get locals back downtown, when a lot of the time, they don’t.”

Baynes and Gottlieb both pointed out that the middle-school location still requires the approval of the Prescott Unified School District. Gottlieb said after the meeting that he had talked about the plan with PUSD Superintendent Joe Howard, who had indicated that the final decision would be up to the school board.

The event’s fireworks display will feature smaller mortars than the previous July 4 events at Pioneer Park, Gottlieb said, but would be similar to the display that takes place on New Year’s Eve for the Boot Drop. Gottlieb expects the display to last for 15 to 20 minutes.

Noting that the city’s budget for its past July 4 events at Pioneer Park totaled about $75,000 to $80,000, Gottlieb said he expects to work with a budget of about $40,000. Already, he said, the Northern Arizona Recovery Association (NARA) has contributed $20,000 toward the cost of the fireworks.

Gottlieb said he chose to focus on downtown rather than Pioneer Park for several reasons, including the fact that the downtown event would bring commerce and sales tax to the downtown.

Baynes told the council that the contract with Eagle Management would be for one year. Next year, he expects the city to go back out for proposals for a multi-year agreement.