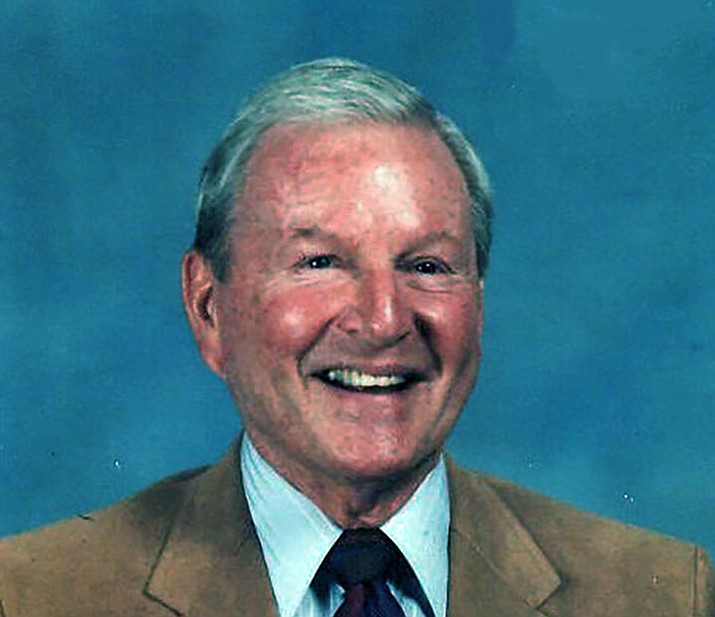 George grew up in Santa Barbara and in 1943 he enlisted in the Army Air Corps. After basic training at Lincoln Air Base in Nebraska, he received assignments to Springfield, Missouri, and Santa Ana Army Air Base and Cal Aero Academy in California. He received his pilot wings in Phoenix in June 1944, and his glider pilot wings shortly thereafter. He shipped to England on the Queen Mary in November 1944. He was assigned to Troop Carrier, where he learned to fly the C-47 two-engine transport airplane, which transported paratroopers, wounded troops and supplies all over Europe. He also flew prisoners of war, and he towed gliders. After the war, he flew VIPs all over Europe. George was allowed a day to sit in on the War Trials in Nuremberg, Germany. He arrived home July 1, 1946.

After receiving a degree in economics from the University of California at Santa Barbara, George worked in a local retail store. When the owners opened a branch in La Jolla, California, they asked George to manage it. In La Jolla, he met and married Lucille Miner Dahl and her young daughter, Sandy.

George retired in 1988. He and Lucy moved to Prescott, where they volunteered at Sharlot Hall Museum and served as tour guides for the Prescott Chamber of Commerce. They taught AARP 55-Alive Safe Driving classes for many years. They were very active in the Episcopal Church. In 2004, they moved to Bassett, Nebraska, to be closer to their daughter and her family.

Memorial service will be March 12, 2016, in Bassett, Nebraska. Memorials may be made to St. Luke’s Episcopal Church in Prescott.