Food4Hope benefit aims to raise money for Hungry Kids Project
March 19 performance will feature local dancers and singers, as well as a dance troupe from Phoenix 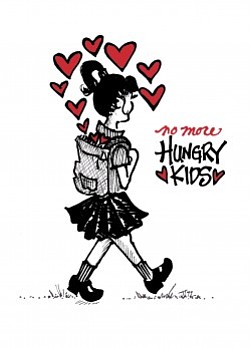 More than 400 children in Prescott, Prescott Valley and Chino Valley leave school Friday not knowing if they’ll have anything to eat until they return to class on Monday.

That’s according to a Prescott Area Leadership blog post detailing that group’s support for the Hungry Kids Project, which aims to ensure every child is back at school Monday morning ready to learn.

Hungry Kids provides weekend food to select students in the Prescott, Dewey-Humboldt and Chino Valley unified school districts. School personnel identify children who have little to no food available to them over the weekend and volunteers pack and deliver food packs to the schools, where they’re distributed to the kids.

“A lot of them go to school because they get free meals,” Prescott resident Tina Votava said. “It was very disheartening to know.”

Now that she knows how many children go hungry in the quad-city area, Votava wants to do something about it.

“Let’s pack that auditorium,” she said.

The event has been a long time coming. Votava first met with Dr. Ron Barnes, founder of the Hungry Kids Project, in 2014 and wanted to have a fundraiser in 2015. However, she was sidelined by an autoimmune disease that forced her to cancel her 2015 plans.

“Working on this project has actually motivated me,” she said, adding that it keeps her focused.

Votava and her family moved to Prescott nine years ago, after their oldest daughter was accepted at Northern Arizona University. She found her husband a job at Yavapai Regional Medical Center – East. She also found work in outpatient rehab at the YRMC Wellness Center. Before she got sick, she was teaching Parkinson’s tango and exercise classes and doing the ordering for PT inpatients.

“If I want something done, I go get it done,” she said.

Her health problems have made her see things differently. She now stops to look at the beauty surrounding her – sunrises, sunsets, cloud formations.

“My husband calls me the original Energizer Bunny,” she said.

She’s had help with Food4Hope from Donna Casey, owner/choreographer at The Dance Studio, other moms at The Dance Studio, Hope Kenoyer of Designs with Hope, A&E Reprographics and Action Graphics. Daughter Carlee, a junior at PHS and one of the dancers in the show, designed T-shirts each performer will receive.

Tickets for the benefit are $15 per person. They can be purchased in advance at Prescott Athletic & Tennis Club, 1 Kingswood Drive, and The Dance Studio Too in Chino Valley. They’ll also be available at the door.

Ruth Street Theater is located at 1050 Ruth St. in Prescott.

Votava encourages the whole community to come out for the show.

“Not only is it a worthy cause for the community, it also has given me a deeper passion,” she said. “Whatever amount that we get will be more than the Hungry Kids Project would have gotten.”