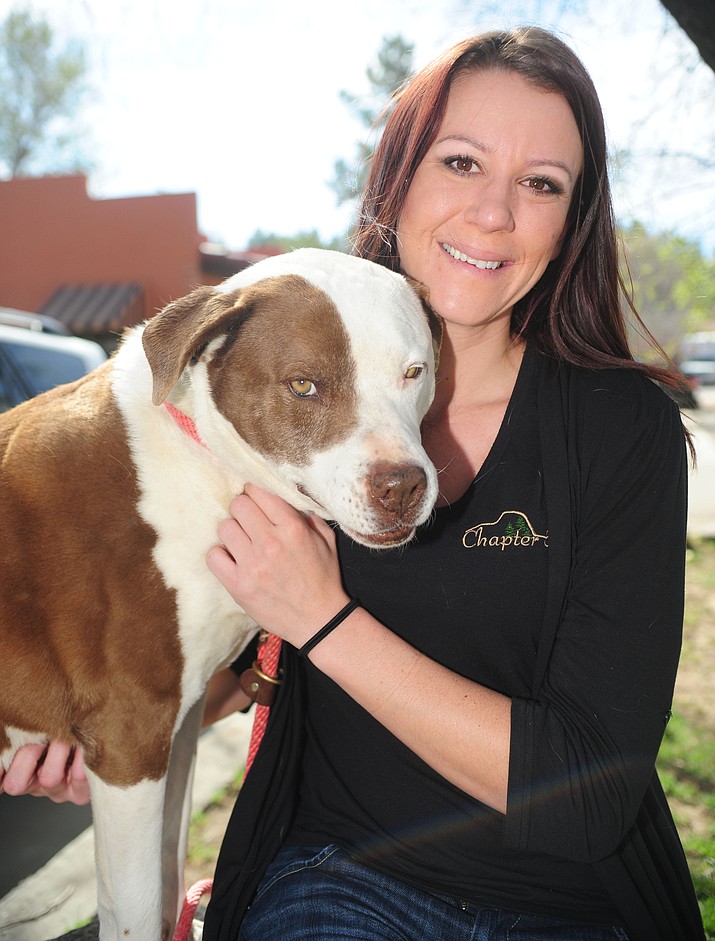 Editor’s Note – This is the first in a two-part series about heroin, its abuse and the hold it can have on users.

PRESCOTT – The number of people in Yavapai County who die each year from heroin overdoses is growing.

Typically, though not always, the victims are in their 20s or 30s, and the overdoses are almost all accidental – they are not a suicide attempt.

The Trust for America’s Health issued a report in November that said Arizona ranked No. 8 in the nation for the highest number of youth drug overdose deaths. Heroin is driving that ranking, the report states.

“The increase in youth drug overdose deaths is largely tied to increases in prescription drug misuse and the related doubling in heroin use by 18- to 25-year-olds in the past 10 years – 45 percent of people who use heroin are also addicted to prescription painkillers.”

Heroin use in the 21st century is inextricably linked to prescription drug abuse.

That’s because it is in the same family of drugs – opioids – as prescription pain medications like Oxycontin, Hydrocodone, and morphine.

Doctors have been sending patients home with more and more painkillers. “Opioid pain reliever prescribing has quadrupled since 1999 and has increased in parallel with overdoses involving the most commonly used opioid pain relievers,” the Centers for Disease Control and Prevention stated in a January 2016 report.

People become addicted to the prescription drugs, and when they run out, turn to heroin, which is actually cheaper, in many cases.

“I didn’t think it would ever happen to me”

That’s what happened to 26-year-old Jessica Ruttle. When she was in a car crash seven years ago, she wasn’t really hurt, but doctors prescribed pain medication anyway.

She said she started abusing them as soon as she realized they could make her high, which felt good at first.

At the time, Ruttle was working two jobs: one at a fitness center, and one at the Payson Humane Society.

The fitness center closed, and Ruttle concentrated on her job at the Humane Society. She had an aptitude for it and enjoyed spending time with the dogs in the shelter.

When she ran out of pills, she bought more from other people.

“Then I found out from someone that heroin got you high, just like pain pills, but kept you high longer,” she said, “so I switched.”

Ruttle never had to steal to support her habit, because she had a job.

“I was so good at work because I needed that motivation to get the money to get the drugs.”

But she also lost a lot of weight, “acted high,” and would leave randomly to meet her dealer and buy more heroin.

“I was high from the time I woke up until the time I went to bed,” she said. “I was miserable. I didn’t want to live, I was unhappy with who I was, because I was using.”

Eventually, the management at the Humane Society, where she had worked for four years before getting involved with drugs, figured out what was going on. They were kind when they told her she was fired, Ruttle said, but she was definitely out of a job.

“I was just so ashamed that they knew,” she said, “because I thought no one knew.”

Once she no longer had money coming in to pay for drugs, her boyfriend threw her out.

Her parents refused to allow her to live at home while she was using.

So Ruttle lived “in the woods” with her dog for a couple of weeks. She credits her love for the dog with saving her from “going off the deep end.”

She was arrested several times. The last time, she called her parents from jail and lied, saying she was “done” with heroin and wanted to go to a recovery home. Her parents bailed her out, and Ruttle went to a treatment center in the Valley, from which she promptly left and got hold of more heroin.

This time, she overdosed and landed in the hospital. It was her wake-up call.

She ended up at Chapter 5 Recovery in Prescott, where she again started using at one point.

But now, it’s been one year clean for Ruttle. She said the difference was that she made the decision without feeling forced to do it.

She works at Chapter 5 now, and credits God and her faith in Him for her recovery.

There was a time, she said, when she thought only stupid, lazy or poor people were addicted to drugs.

“I didn’t think it would ever happen to me,” she said. “I knew people who were doing heroin or meth and I was disgusted by it.

Heroin has become an equal-opportunity drug, according to the CDC.

Use of heroin “increased significantly across almost all study groups. The greatest increases in heroin use occurred in demographic groups that historically have had lower rates of heroin use,” and doubled among women, a 2015 CDC report said.

The inexpensive heroin people like Ruttle used comes over the US/Mexico border, where, the CDC said, the volume is growing rapidly.

Part two of this series will examine the hole addicts have that heroin can’t fill.

“Every addict has a hole inside them that they’re trying to fill”
New law aims to fight heroin, Rx drug abuse
Column: End heroin’s devastation in 2017
Two Arizonans die daily from opioid abuse
Number of US overdose deaths appears to be falling