Off the Shelf: Braiding Sweetgrass by Robin Wall Kimmerer 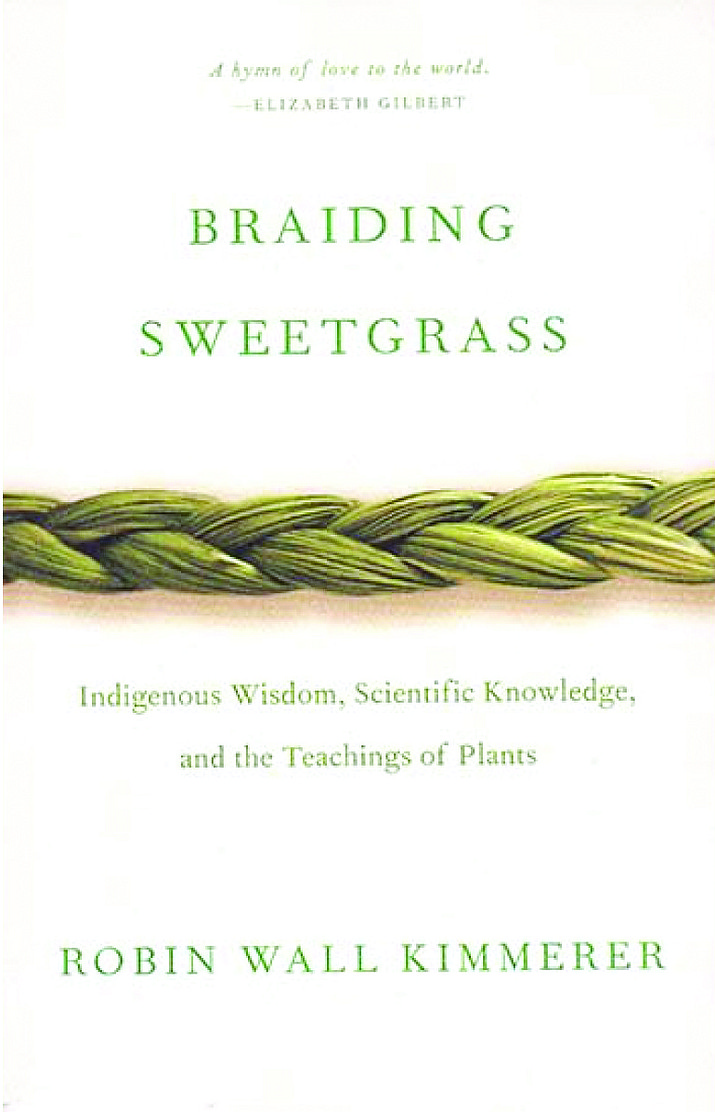 For those of you that love and care about the land you walk on and are concerned about various cultural practices that are doing harm, Robin Wall Kimmerer’s amazing Braiding Sweetgrass is a book you don’t want to miss. Kimmerer, botanist and SUNY Distinguished Teaching Professor, won the John Burroughs Medal for her first book, Gathering Moss. She is an enrolled member of the Citizen Potawatomi Nation and her writing about nature merges the factual, scientific view with the ancient historical views and practices of indigenous people who see plants and animals as teachers. In doing so, she brings forth a whole, enriching vision of the world.

In a chapter called “The Council of Pecans,” Kimmerer describes how “pecan trees and their kin show a capacity for concerted action, for unity of purpose that transcends the individual trees” in a phenomenon called masting as well as in other instances. Tribal elders used to say that trees “talked” to each other, she tells us. This, of course, had never been taken seriously in the scientific world. Now, however, scientists are finding evidence that supports the idea that trees communicate via pheromones and also through root “fungal bridges” between trees. In one example, scientists have identified specific compounds that trees being attacked by insects will chemically sent out as a warning to other trees so that they can start manufacturing insect defense chemicals to protect themselves.

The stories and scientific knowledge that Kimmerer weaves throughout the book paint a moving and hopeful picture for the future of life on our beautiful planet, without at all minimizing the fact that “we do indeed stand at the crossroads,” a “tipping point” for climate change. Her transformative work calls for a scientifically valid “honorable harvest,” for a shift in viewpoint and in our relationship with the land, so that we can hear its stories and bring healing, and she shows how science and ancient wisdom gleaned from plants can work in concert to help us do this.

Library Ladies: Books 'celebrate what's great' Down Under
One man’s rant: Case of the Great Tree Massacre
A fabulous fish story and a good read
Are your trees healthy or dying?
Would Rachel Carson eat organic food?
Event Calendar