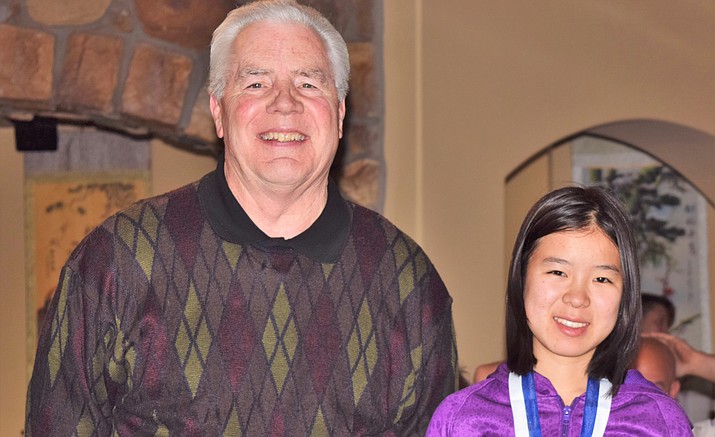 Shinobi Horikawa, from the Arizona Agribusiness & Equine High School in Prescott Valley, recently won the Optimist Club of Yavapai County’s oratorical contest based on a theme of “How My Best Brings Out the Best in Others.”

Horikawa was awarded an Oratorical First Place Medallion for the honor. In addition, Horikawa was sent to the Arizona District level competition with the chance to win a scholarship, and then possibly on the Optimist International Regional/World Championship for a chance to win an additional $5,000 or up to $15,000 scholarship.

“Shinobi did an excellent job presenting her speech about how to bring out the best in others,” Club President Butch Miller said. “The members of our Optimist Club have no doubt that Shinobi has a very bright future ahead of her. We are proud that she is representing our club at the state level.”

This is the first year that the Optimist Club of Yavapai County has participated in the International Oratorical Contest. The Club just concluded its annual Youth Appreciation program recognizing over 22 youth for Youth of the Year for both Middle School and High School.

Optimist International is one of the world’s largest service club organizations with 93,000 adult and youth members in 3,200 clubs in the United States, Canada, the Caribbean and Mexico and throughout the world. The Optimist Oratorical Contest is one of the organization’s most popular programs, with more than 2,000 clubs participating annually. Carrying the motto “Bringing Out the Best in Kids,” Optimists conduct positive service projects that reach more than six million young people each year. To learn more about Optimist International, please call 928-277-6974 or visit the organization’s website at optimistclubofyavapai.org.