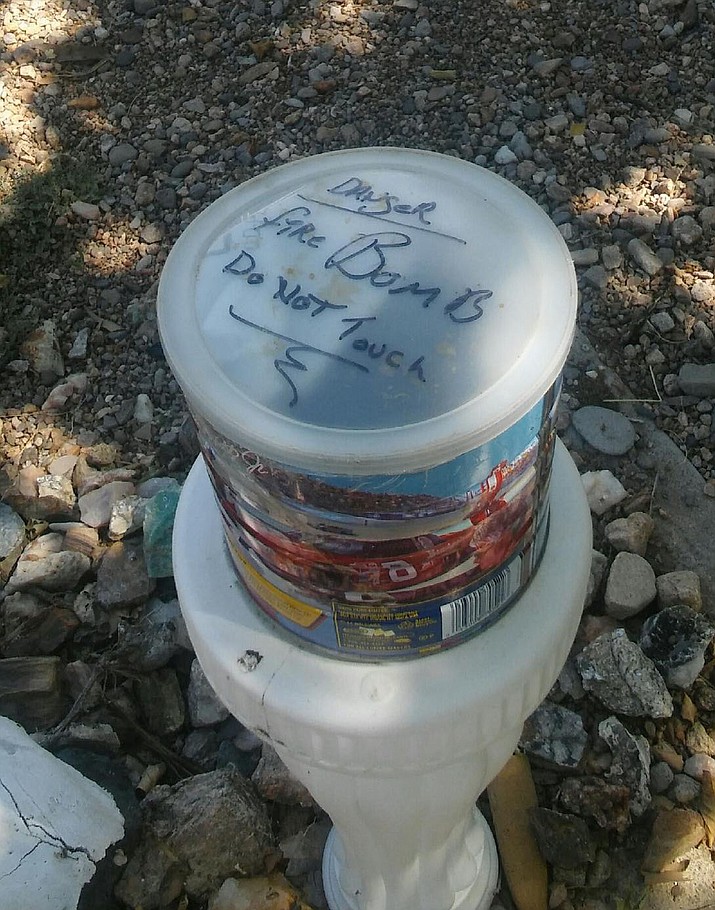 The suspicious package the DPS bomb squad worked with Thursday.

CHINO VALLEY - The Department of Public Safety's bomb squad, called to a home near the Bonn Fire restaurant and Road 3 South, removed a suspicious package without incident.

The package was reportedly a 1930s antique fire suppressant system, according to the owner who officials were able to contact to find out what was inside.

Area residents, who were evacuated as a precaution, have been allowed to return to their homes.

The package was taken to the Chino Valley Police Department's shooting range for detonation late Thursday night, said Lt. Vincent Schaan of the CVPD. However, hazmat officials tested the device and determined the liquid inside was not dangerous, Schaan said, adding that they did not detonate it and returned it to the owner.

Authorities were alerted to the item at about 3:45 p.m. Thursday, by a man who was working on the home. Police were called and agreed the device looked suspicious.

Evacuated residents - fewer than 10 in the area - spent the afternoon in the Chino Valley Senior Center.

This is the second straight day residents in Chino Valley were evacuated. On Wednesday, about 25 residents in the area of Road 2 North were displaced because of a 10-acre brush fire. The fire is now out.