Chew on This: Soldi Creative Cuisine will keep you on your toes 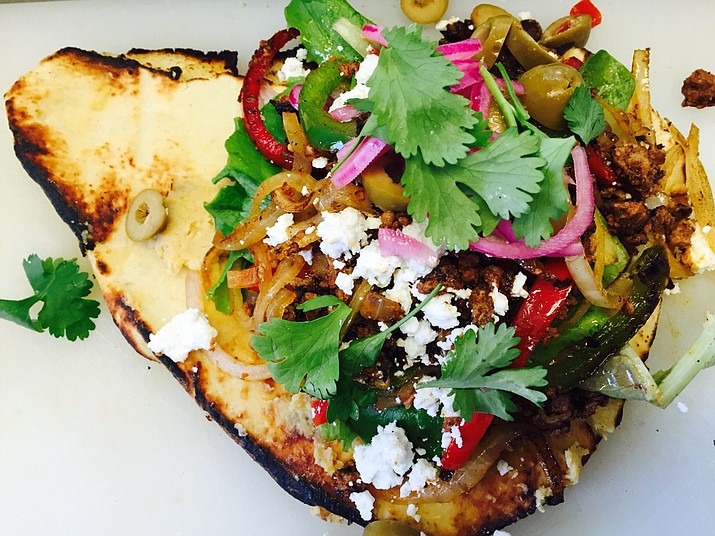 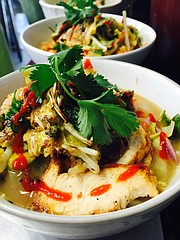 It’s best to go into Soldi Creative Cuisine with an open mind and a curious palate.

The restaurant, officially opened in its current capacity in February 2014, is true to its name.

Not only are the menus unique in nature and design, but they change every single week.

Chef and owner Aimee Novak took this approach primarily because of her emphasis on fresh, local ingredients.

“I am a seasonal chef,” Novak said. “I will only put a tomato on the menu from June until maybe two weeks in October.”

Every Saturday Novak goes to the Prescott Farmer’s Market to pick out her ingredients for the week. On Sundays she meets with her staff to design the week’s menu. And on Tuesdays they all test the dishes to make sure they are ready for public consumption.

“Sometimes we’ll taste it and just say ‘this isn’t working,’ so we’ll fix it,” Novak said.

Novak’s decision to become a culinary artist was, naturally, the result of a delicious experience.

“I had a chicken in Paris, like this roasted chicken… and then I ended up in Italy and had spaghetti alle vongole (spaghetti and clams), and I immediately came back and decided I needed to become a chef,” Novak said.

This epiphany came in 2004. She had been a hair colorist for many years and owned a salon in Prescott near the intersection of Grove Avenue and Gurley Street.

Subsequently, she spent several years dabbling with cooking seminars in both the United States and Europe.

In 2008, she took the plunge by attending culinary school at the Art Institute of Phoenix, where she graduated in 2010 with highest honors — all the while running her salon.

“It was awful,” Novak said. “I probably slept four hours each night for two and a half years.”

Determined to use the 120-year-old building housing her salon for her envisioned restaurant, she gradually found ways to make it work without having to re-engineer the structure to meet the fire codes of a traditional restaurant.

She acquired a food truck, parked it behind the salon and began testing small lunch dishes among her salon patrons. She has since closed the salon to focus entirely on Soldi.

The food truck’s limited cooking space forced her to narrow her focus and brand the restaurant.

Though the name Soldi is Italian — meaning “loose change” or “beer money” — Novak is quick to point out she is not running an Italian restaurant.

“The tagline for what we do is global street food,” Novak said.

This ranges from Asian noodle bowls to street tacos, and everything in between.

Prices for dishes on both the lunch menu and the Friday night small plates menu typically start at about $8 and peak at about $13.

Though the restaurant houses an extensive wine cellar with selections from throughout the world, there is an optional BYOB (bring your own bottle) policy. Each guest may bring up to one 750ml bottle of wine or up to 40 ounces of beer any time after noon.