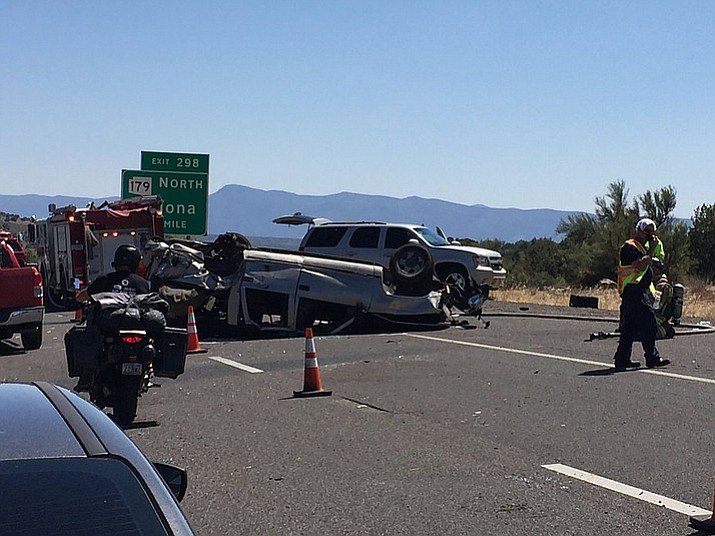 Seven vehicles were involved in a fatality crash on I-17 south at milepost 299 Sunday, according to the Department of Public Safety.

Editor's note: The DPS has revised from 10 to 7 the number of vehicles involved in this crash.

A Mesa man was killed and five others were injured in a seven-vehicle pile-up on Interstate 17 near Stoneman Lake Road Sunday, June 19, Department of Public Safety spokesman Bart Graves said.

It happened at milepost 299, on the southbound side of I-17.

“A heavy-duty tow truck struck several vehicles after traffic had slowed for a DPS traffic break to assist a disabled vehicle,” Graves said.

The man killed was pronounced dead at the scene; the five injured were taken to Flagstaff and Phoenix hospitals, although just one victim was admitted for treatment of head injuries, Graves said, and the other were treated and released.

The DPS vehicular crimes unit is conducting a criminal investigation of the crash, Graves said.

The deceased victim's name has not yet been released.