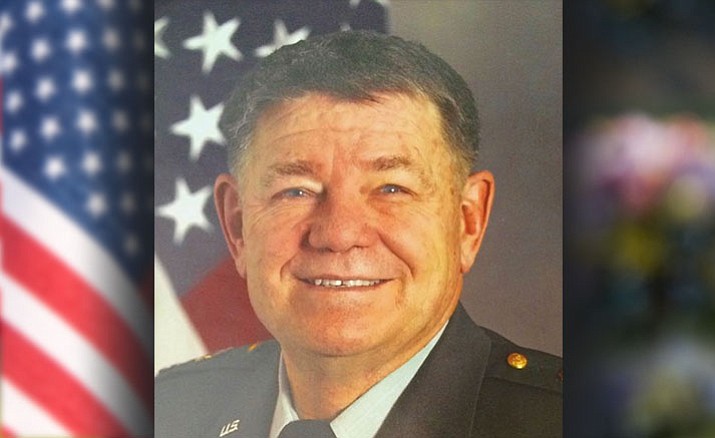 Martin F. Caldwell, 69, of Prescott, passed away peacefully on Wednesday, June 15, 2016, in the evening, surrounded by his family and friends. Martin was born on Feb. 5, 1947 in Prescott to Martha Yount-Caldwell. Martin graduated from Prescott High School in 1965 and then enlisted in the United States Air Force, where he joined the elite ranks of Para-rescue.

After leaving the Air Force, Marty returned to Arizona where he became one of the first 100 paramedics in the state. Marty also established and coordinated the first EMT program at Yavapai College in Prescott.

Martin met and married the love of his life, Chaleece Warford-Caldwell in 1977. Marty realized that his need to serve his country had not yet been satisfied and commissioned into the United States Army in 1979. Marty served honorably until 2007, when he retired from the Office of the Joint Chiefs at the rank of Lieutenant Colonel.

Marty is survived by his wife of 39 years, Chaleece Caldwell of Prescott, Arizona; and his four loving children, Andrea Caldwell-Johnson and her husband Jason of Redondo Beach, California, Greg Caldwell of Los Angeles, California, Sgt. Rick Caldwell and his wife Stephanie of Fayetteville, North Carolina and Lindsay Caldwell-Thoumire and her husband Michael of Virginia Beach, Virginia; and by his two beautiful granddaughters, Chaleece Thoumire and Emma Caldwell, whom Marty spoiled rotten.

Services for Marty will be at 2 p.m. on Thursday, June 23, 2016 at Prescott Christian Church on Senator Highway, with a celebration of life to follow.

In lieu of flowers, Marty requests that donations be made to Military Honors by the Pipes, honorsbythepipes.org.