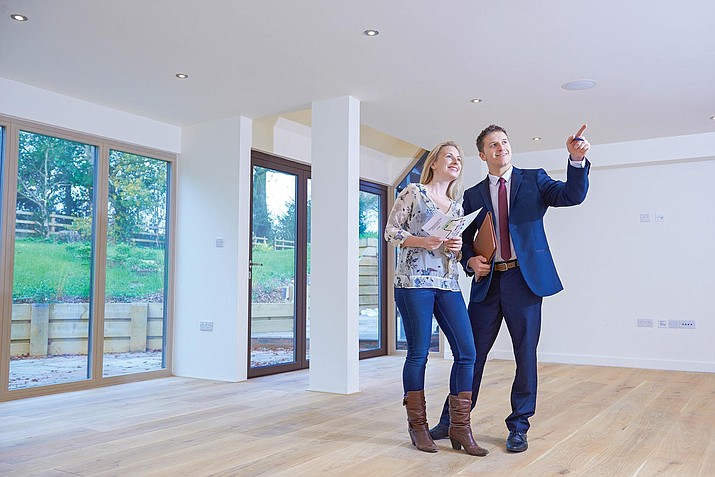 Nothing in Arizona rules keeps home inspectors from discussing their findings with sellers – but experience dictates they only share their reports with their clients.

This week I have a question from a home inspector:

“Is there anything in the law that says we are not to discuss inspection results with sellers, if the buyer pays for the inspection, or is that just a courtesy that you give your clients? I have had people complain about the fact that I won’t include the seller on the review. An agent told me that the inspectors in Phoenix do it and is asking why it is so different up here. Every time I have made an exception and discussed the results with the seller, it does not turn out good. The sellers tend to get angry when you describe things wrong with their home.” (Name withheld because I did not ask him to use this letter, and he’s bigger than me).

I have some funny stories about sellers hearing what I tell the buyers. But overall I agree that the sellers can get defensive or insulted when you describe defects with their home. I tell buyers and their agents that the meeting takes too long if the seller is there, because we have to “discuss” everything I say. Part of my “at the door” presentation at occupied homes is telling the seller that I won’t be able to discuss my findings with them. I make a little joke out of it. I tell them I don’t want them to ask me “what did you find” when I’m leaving, and get a little tweaked when I say I’m not allowed to tell them.

Now, to answer your question, I could not find anything in the Statutes or Rules that addresses who the inspector can deliver their report to. I use a popular Inspection Agreement that is available from the Arizona Chapter of the American Society of Home Inspectors. This agreement, and most agreements I’ve seen, has a provision that states I will deliver the report only to the client and their Realtor. I interpret that as meaning that I will not discuss my findings with anyone else, since that would be by definition an oral “report.” So my reports, oral or written, are delivered only to the client.

Now that I answered your question, I realize I need to be careful how I state things. I have told thousands of sellers and Realtors that I cannot discuss my findings with anyone but my client. I have probably said or inferred that it’s Arizona that prohibits this, and actually it’s my Inspection Agreement. But since Arizona requires that I have a signed Inspection Agreement, and my Agreement has that language, I could technically say that Arizona prohibits discussing my findings with non-clients (yes, I want to be a lawyer if I grow up). But in the future I will be careful not to mention Arizona and simply say, “I’m not allowed to discuss my findings.”

There have been times when the buyers or their Realtor requested that we go over the inspection in front of the seller, and I too have had unusual experiences. Once I told the buyer the master bath toilet does not flush properly. The seller insisted all 5 of us cram into the bathroom so he could demonstrate the proper way to flush a toilet. This toilet, anyway, which involved holding the handle down for exactly 5.3 seconds and then hitting the right side of the tank twice. Don’t know how I missed that.

Once I mentioned that the overhead garage door did not reverse when hitting an obstruction. The seller went out to the garage to prove me wrong and damaged the door so severely it had to be replaced.

Then there was the seller who stated several times that he would not have to fix anything his inspector didn’t recommend when he bought the home 10 years ago. 10 years ago his inspector said the water heater would probably need replacing in about five years. I told my buyers the water heater probably should have been replaced about five years ago. To the seller it didn’t matter if his inspector missed something, or if the conditions had changed – if he wasn’t aware of the problem then he did not have to correct it.

But probably the funniest thing occurred many years ago. The seller was a 75-year-old woman. She sat quietly at the dining room table knitting while I spoke to the buyers and their Realtor in the adjacent kitchen. I had been talking for about 20 minutes, and the seller had not made a sound. I told the buyers there was no spark screen on the chimney for the wood burning fireplace, which can be a fire hazard outside. The seller looked up and said, “My neighbor calls me and bitches every time I use the fireplace.” We were all quiet for a moment, surprised as much that she spoke as at what she said. Then I looked out the dining room next to her and pointed down the hill behind her house. I asked if it was the neighbor down there with the wood shingle roof, and she said “yuup, that’s the grouch.”

I could imagine the “grouch” watching hot embers from this chimney landing on his wood shingle roof. I told the seller that her neighbor really wasn’t that grouchy. If I lived in that house and she lit her fireplace, I’d be knocking on her front door with a fire extinguisher in my hand.

Randy West owns Professional Building Consultants in Prescott. He is state-certified and has performed more than 7,000 home inspections in the Prescott area. West serves on the Home Inspector Rules and Standards Committee for the Arizona Board of Technical Registration. Contact him at randywest2@gmail.com or visit http://inspectprescott.com.

Column: Inspectors are not privy to Realtors’ conversations
Who should attend house inspections?
Column: Funny Seller Stories
Commercial buildings need inspections, too
Column: FSBOs can be risky to sellers, inspectors