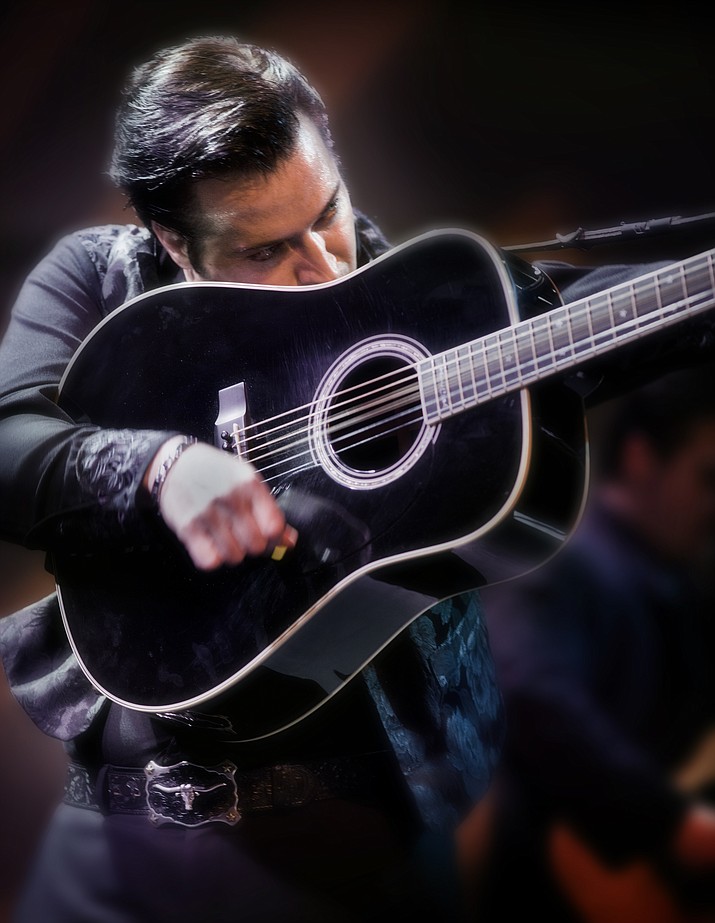 You don’t have to go to Folsom Prison to hear the classic tunes sung by Johnny Cash. Rather, Lonely Street Productions is bringing the songs to Prescott with the “Man in Black” show at the Elks Theatre and Performing Arts Center, 117 E. Gurley St., for a special Father’s Day matinee on Sunday, June 19, at 3 p.m.

The show stars Robert Shaw and has been around since the early days of Lonely Street Productions, Shaw said.

“It’s been through a few different versions,” he said. “We like to kind of have the shows evolve over time as the audience’s tastes evolve a little bit. Sometimes people will come see a show again and again and we like to make sure there’s something fresh for them.”

Tickets for the show are $25 for adults and $22 for seniors and can be purchased online at www.prescottelkstheater.com, by calling 928-777-1370 or at the door one hour prior to the performance.

Shaw’s favorite aspect of the show is the gravitas surrounding Cash, he said. Cash had this kind of mystery about him that was simultaneously compelling and dangerous, which is one of the reasons people were so drawn to him, he said.

Cash’s music stands the test of time and he has so many great tunes, Shaw said. He gets categorized as a country artist, but it’s hard to put him in a box and within what can be called a realm of country, he explores so many different genres, he said.

“He didn’t let a genre define him,” Shaw said, noting that his favorite song in the show is “Cocaine Blues. It’s “not a wholesome song by any means, it’s a neat song and it tells a fun story. It’s got a really strong narrative to it. You really go on a journey with the character of that song.”

Further, Cash and his music appeals to so many different types of people, so much so that there’s no such thing as a typical Cash fan, Shaw said. Everyone from bikers to cute little old ladies to kids enjoys his music, and there’s a song of his that spoke to everybody at some point, he said.