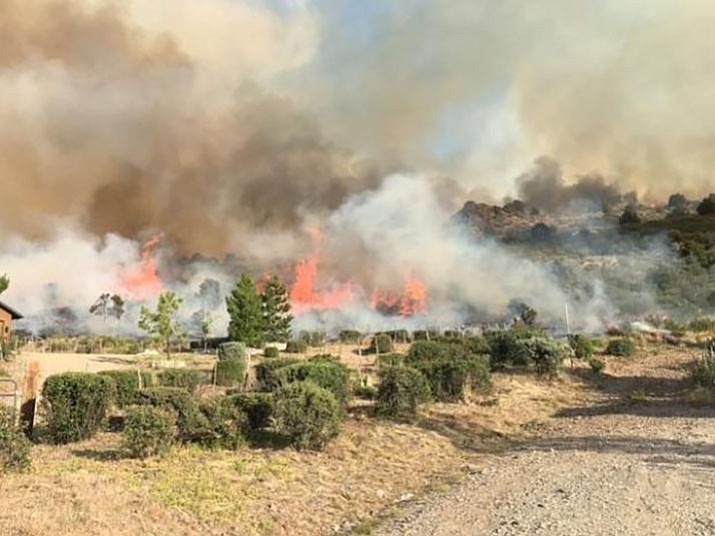 Containment of the Tenderfoot Fire was expanded to 61 percent Monday, June 13.

YARNELL – Fire officials are getting ready to turn control back to local authorities this week, after firefighters expanded containment of the Tenderfoot Fire to 61 percent Monday, June 13.

In the morning, helicopters transported firefighters to the fire’s southeast flank to deal with hotspots, aided by helicopter water drops. Other crews patrolled the perimeter, mopping up any heat within 20 yards to prevent flare-ups.

That work allowed fire officials to increase their containment from the 40 percent reported Sunday.

Bureau of Land Management spokeswoman Dolores Garcia said the helicopter operations – both dropping water and transporting ground teams – was the primary focus to start the week.

Ultimately, it’ll be unforeseen factors like weather and hot-spot activities that determine when and how to draw down assigned resources.

With fire suppression activities now moved away from Yarnell and surrounding communities, Yavapai County Emergency Management started the process of assessing rehabilitation needs, primarily focusing on identifying areas that need to be stabilized to deal with the monsoon rains that are expected to start in about a week.

“We’ll also be in the process of transferring command back to local resources,” Garcia said.

She explained as early as Wednesday, BLM fire officials would take over, and some assigned resources may be released by Tuesday.

“I am pleased that with so many resources and moving parts to the suppression of this fire and operating in very rough and difficult terrain, no reportable injuries have occurred,” said Carlos Nosie Jr., safety officer for the incident.

“I credit that accomplishment to all involved paying close attention to safe operational procedures,” he said.

The plan for Tuesday is to continue fire patrols and reducing threats to the fire line. They’ll also begin rehabilitation efforts on fire lines.