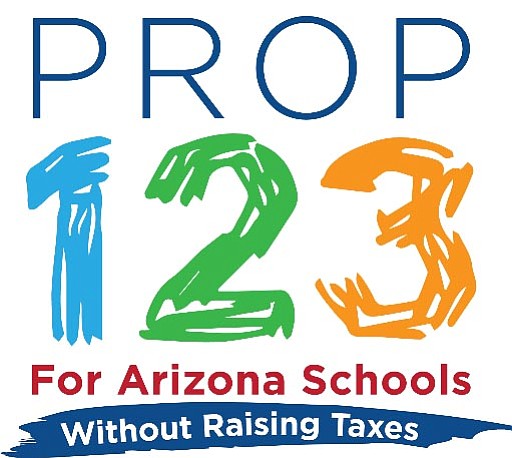 PRESCOTT – Despite voters’ approval of Proposition 123 last month, schools are waiting for another legal hurdle before they can receive the money promised by the measure.

This past week, State Treasurer Jeff DeWit asked the state attorney general to weigh in on whether charter schools can receive the new funds.

DeWit was among Proposition 123’s most outspoken critics prior to the election, and he continues to question whether the state can change how it allocated trust land funds without approval from Congress and changes to the state’s enabling legislation that handed the lands over to the state.

DeWit points to language in the legislation that require the federal lands to “forever remain under the exclusive control” of the state. Proposition 123 changes the annual allocation from the state’s Permanent Endowment Trust Fund, which was created through sales and leases of trust lands.

DeWit said that could mean some charter schools are not under “exclusive government control.”

Charter schools contend that because they are public schools, they are entitled to the money.

“Charters not only fought hard for this right in the underlying litigation, but our students have received land trust funding since the first charter opened in 1995. In approving Prop 123, families across Arizona agreed that the funding should be distributed to district and charter school students on equal terms,” Sigmund said.

DeWit also asked Brnovich to clarify whether his office could distribute funds while a lawsuit questioning the measure’s legality is pending in federal court, as well as the liability of Board of Investment members if they distribute funds that are later invalidated by the courts.

As of Monday afternoon, Brnovich had not issued his opinion. He doesn’t have much time to weigh in, since Proposition 123 requires DeWit to distribute nearly $260 million to schools by the end of June.