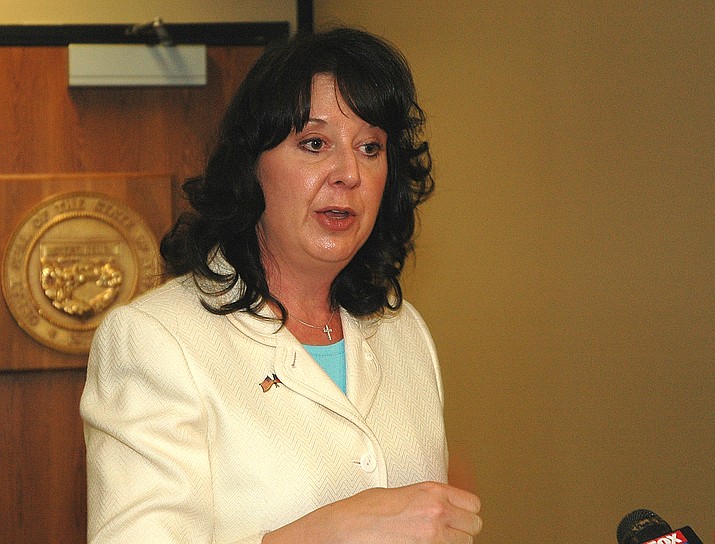 PHOENIX – A new lawsuit filed Thursday is rebutting claims by Secretary of State Michele Reagan that she bore no blame or responsibility for the fiasco during the presidential preference election.

Michael Morrissey, a former federal prosecutor, will review the failure of Reagan’s office to ensure that pamphlets describing the issues on the May 17 ballot were delivered to the homes of all registered voters before the early ballots went out. That should have happened by April 20.

Reagan does not dispute that at least 200,000 of the 1.9 million pamphlets were not mailed on time. And each of those was to go to a home with more than one registered voter, meaning at least 400,000 people may not have had the descriptions of the two measures before they mailed back their early ballots. She said, though, the blame lies with others, including a contractor and a consultant.

But Ryan Anderson, spokesman for Brnovich, said the scope of the foul-up was actually larger than Reagan let on.

He pointed out that Reagan was responsible for preparing the mailing list for the brochures solely for the 13 rural counties, as Maricopa and Pima counties had prepared their own. Anderson said that left only about 533,000 brochures to mail; she got out about abut 328,000 on time.

“You don’t get to take credit for the list you didn’t prepare,’’ he said.

The claim filed in Maricopa County Superior Court details the problems that resulted in people standing in line for up to five hours during the March 22 election. And attorneys for the Lawyers Committee for Civil Rights Under Law and other law firms said the blame can be laid at the feet of County Recorder Helen Purcell and the county supervisors who approved only 60 polling places.

But the lawsuit also seeks to undermine Reagan’s claim that she had no control over the county’s decision.

The section of law being quoted specifically refers to elections held on certain specified dates. But the lawyers contend those requirements extend to the presidential preference election.

An aide to Reagan said she had no immediate comment, saying her elections staff will review the lawsuit after they are formally served. But she has repeatedly insisted that she had no legal role to play in the decision by Purcell, ratified by the county supervisors, to have only 60 polling locations. More to the point, Reagan said she had no ability to override that conclusion.

Reagan does not dispute that she knew the county had set up only 60 centralized polling locations for the primary, a race which had both Republican and Democrat contests. That compares with about 200 in 2012, when there was only a Republican primary, and more than 400 in 2008 when both major parties had contested ballots.

“We put our faith in counties,” Reagan said after the election that left hundreds standing in line and countless others giving up. And Reagan said she was “excited” that Maricopa as well as other counties had set up “polling centers” where any registered voter could cast a ballot, rather than having to show up at his or her own designated location.

About the closest Reagan came to accepting any blame was in her more generic role of the state’s chief elections officer: “I wish I had questioned that 60 were not enough. For that I take responsibility.”

The lawsuit does not let Purcell off the hook.

Aside from the decision to have just 60 polling places, it says Arizona law requires election marshals to check wait times throughout the day. And if the wait is 30 minutes or more, the marshal must inform the officer in charge of elections and “shall request additional voting machines, voting booths and board workers, as appropriate.”

The attorneys noted the publicity throughout the day on March 22 of the long lines, saying none of this should have been a surprise to Purcell. More to the point, they said state law makes her the “officer in charge of elections” who should have responded.

The new lawsuit comes more than a month after national and local Democrat interests asked a federal judge to force changes in how the state runs its elections.

That lawsuit claims that not just Maricopa County but the whole state has engaged in “consistent activity that has created a culture of voter disenfranchisement” since the U.S. Supreme Court in 2013 ruled Arizona no longer had to check with the U.S. Department of Justice before making changes in voting procedures and laws.

Those changes, challengers say, “abridged and denied the rights of voters across the state and the county.”

Some of their claims are based on what happened March 22.

But it also cites the decision by the Republican-controlled legislature earlier this year to make it a crime for people to deliver the early ballots of those who are not family members or others with whom they live. That lawsuit claims the change pushed through “to suppress (that is, fence out) the vote of Democrats because of the way they are expected to vote.”