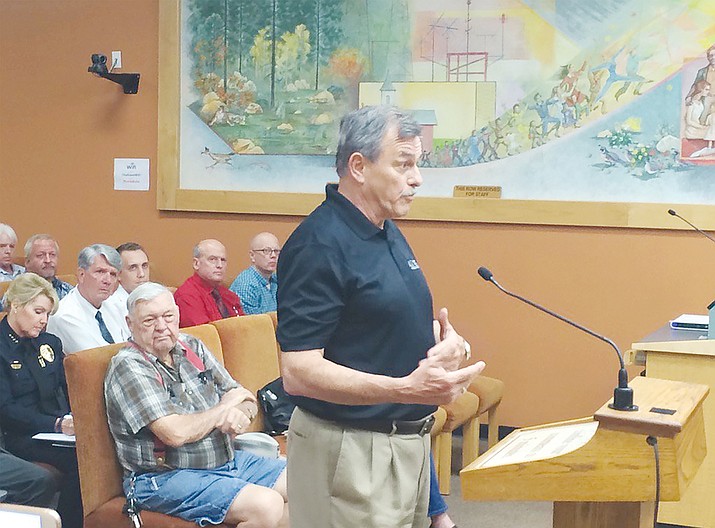 While most people who spoke during a Tuesday, July 26, City Council study session appeared to support the city’s move toward an ordinance governing structured sober-living homes, the intensity of the regulations was central to the discussion.

Basically, the city has proposed an ordinance that would require: 24-hour supervision at group homes; minimum qualifications and training for house managers; and a defined plan for discharge from a recovery program.

The city conducted this week’s study session specifically to solicit feedback from the public, and dozens of people turned out.

City Attorney Jon Paladini led off the discussion by pointing out that the city was looking to protect people in drug and alcohol recovery group homes from programs that “fail to provide the supportive, residential family-like environment necessary to achieve and maintain sobriety.”

But to do that, Paladini emphasized that the city must comply with the federal Fair Housing Act, the Americans with Disabilities Act, and Equal Opportunity employment laws.

Paladini’s presentation led Councilwoman Jean Wilcox to ask for specifics on how far the city could go. For instance, she asked whether the ordinance could require group homes to provide at least two meals a day; prohibit smoking on the property; and require that residents have 24-hour, seven-days-a-week access to the home.

Councilman Jim Lamerson, balked at such specific requirements, however, asking whether the city would likewise require Prescott parents to provide at least two meals a day to their children. “How far a reach does the City Council expect to go?” he asked.

The council also heard a variety of views from audience members. While industry representatives emphasized that many group homes in Prescott already operate with high standards, local residents voiced concerns about the impacts the homes are having on neighborhoods.

Justin Bachman, owner of Canyon Crossing Recovery, maintained that a large part of the recovery industry “goes unsung.” He added: “We already do everything the city is proposing.”

Still, Bachman allowed that many homes in the city do not have similar standards, and he voiced support for the ordinance. “We’ve been game,” he said of the stricter regulations. “I’ve been sitting, waiting for some action. Talk is cheap.”

Chuck Abbott of Abbott Insurance, who provides insurance for group homes, stressed that many of the homes are already certified and operating under insurance standards. “They’re doing some great work,” he said of the homes, adding that he worried the city ordinance would “mess with good ones, and let the bad ones get away.”

The council also heard from residents with concerns about the homes’ impacts to the community.

Bobbi Cox Wilcott told the council that “the community has become overwhelmed with the rehab kids.” She said local grocery stores are often crowded with residents of group homes, who “check out with their food stamps.” At about 40,000 population, Prescott “has taken many more (of people in recovery) than we should ever have,” Wilcott said.

Others brought up concerns about compliance with probation laws, as well the impacts from homes that deal with other addictions, such as gambling.

In response to a comment from the group home industry that people with experience in addiction recovery should be involved in crafting the ordinance, Mayor Harry Oberg said, “We see this as being a collaborative effort.” A recent focus-group meeting aimed to solicit feedback from the industry on an upcoming house-manager training course at Yavapai College, he said.

The city expects to roll out a draft ordinance in early September, Paladini said. Oberg said another City Council study session likely would take place in August to allow for more preliminary discussion.