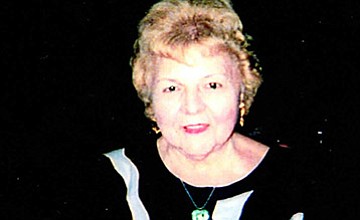 Anna Theresa Cuevas of Stoneridge in Prescott Valley was surrounded by loved ones when called to be with our Lord on July 23, 2016. She was born in Brooklyn, New York, on Jan. 30, 1927, to Alphonse and Sara Mullè.

She graduated from Boro Hall Academy and worked for Dun and Bradstreet for decades, later in the World Trade Center. On July 1, 1950, she was married to Leonard Cuevas, who was her loving husband for 52 years. He preceded her in death in 2002.

Anna is survived by her daughters, Linda Horton and Sally Yeager; her partner George Boos; her husband Donald Yeager; her granddaughter Cheryl Horton and fiancée Morgan Bancroft; her brother Al Mullè and his wife Loretta; and her sister Margaret Jackson and her husband Don Jackson. She also kept in touch with many nieces, nephews, cousins, and extended family and friends. Her granddaughter Jessica Yeager predeceased her at age 27.

Anna, also known as Tesi, had a generous heart and was devoted to her loving family, and to those who had the pleasure of knowing her. She resided in Prescott Valley for the last 12 years with her daughter Sally and “son” Donald. She truly enjoyed being a member of the Red Hats.

All are welcome to her Memorial Service at Sunrise Funeral Home, 8167 E. Highway 69, Prescott Valley, on Tuesday, July 26, 2016, from 2 to 5 p.m. (prayer service at 4:30 p.m.). A subsequent burial service will be held at Calverton National Cemetery in New York, at a later date time to be announced.