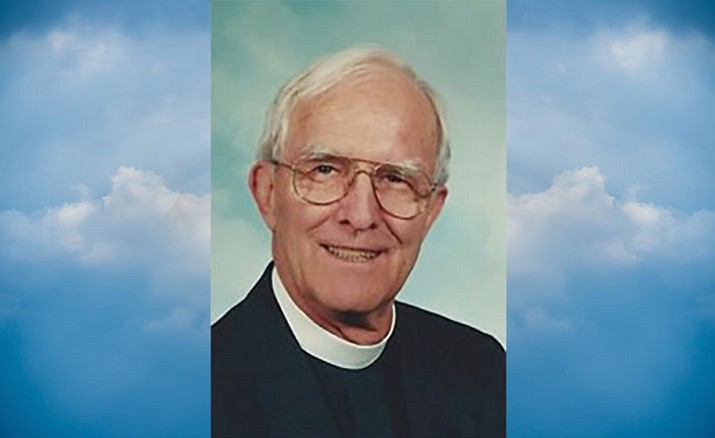 Jim, a descendent of William Brewster of Plymouth, Mass., was born in Syracuse, New York, the second of seven children of James B. Gere II and Helen (Nurnberger) Gere.

Jim entered the Navy in 1944 and graduated from New York University Medical School in 1948. He established a family practice in Cornwall-on-Hudson, New York.  Jim completed his pathology residency and was a pathologist at Orange Memorial Hospital in Orange, New Jersey.

Jim and Betty moved to Prescott, Arizona, in 1965 where Jim took the position of Chief Pathologist at the VA at Fort Whipple. Jim retired from medicine and answered the call to become a priest. He was ordained in the Anglican Church and served his congregation at St. Paul’s Anglican Church in Prescott.

Jim and Betty enjoyed living in Prescott and were active in their church and local communities.  Jim and Betty were both avid golfers and bridge players and liked to go camping and hiking.

Jim was an accomplished wood-worker and an excellent photographer.  But above all he was a devoted husband, father, grandfather, and great-grandfather.

Jim will be remembered and loved by all his family, his church family and his many friends.

His ashes will be interred with Betty in the VA cemetery columbarium in Prescott.