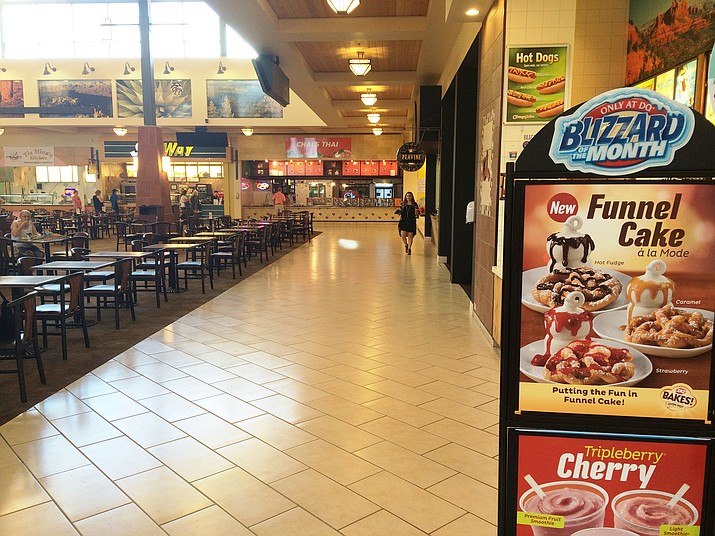 The mall’s food court now has a food vendor in every stall.

For the first time in several years, the Prescott Gateway Mall’s food court has a tenant in every stall.

The former Honda dealership site on Iron Springs Road is currently in escrow.

About 10 years after moving into their location at 405 W. Goodwin St., the owners of Liquor Barn are moving on.

The store will be closed at the end of July and the space is currently available for lease.

The owners were unwilling this past week to comment about the decision to close or whether they intend to re-open at a different location.

The property has been vacant for several years now, but not due to a lack of effort, Purvis said.

“It’s been in escrow twice before,” he said. “Each time it took about four to six months and then fell apart toward the end.”

This time, however, Purvis is thinking the sale will stick.

“They’ve put a good amount of money into the process already,” he said. “They have renderings done, drawing plans and have been communicating with the city. They’re getting ready for a big remodel.”