Editorial: Not to drone on, some are good, bad 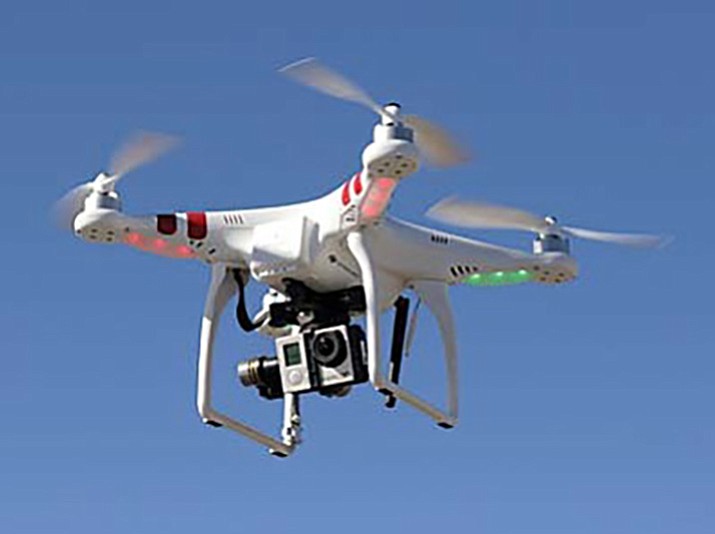 Drones have been used for years by the military, and the stateside versions are making strides while, at the same time, leaving some officials hot under the collar.

The federal government has laid out its rules, for the most part, which take effect in August (visit dCourier.com for links to prior Courier stories on the topic). The Arizona Legislature is regulating the devices as well – from business using them for deliveries to shooting video over your neighbor’s yard (a no-no, I say).

That state law goes into effect in early August too, but it’s interesting to note that some advances are already underway.

For example, Facebook officials have confirmed that they have successfully tested a solar-powered drone at Yuma Proving Ground, according to the Yuma Sun. That’s right, the social media giant’s Connectivity Lab tested an unmanned aircraft in June at the military testing site. It is expected to provide internet access to remote areas. (This model is a full-sized drone, with a wingspan wider than a Boeing 737 but weighing less than an electric car.)

Coming down closer to earth, police in Buckeye, Arizona, continue to search for a missing 10-year-old boy, in part using drones along with U.S. Border Patrol tracking dogs, searchers on the ground and citizen volunteers, the Associated Press reported. Unfortunately, there’s still no sign of little Jesse Wilson – described as black, 4 feet tall, and weighing 60 pounds. He was last seen wearing a red shirt, shorts, black socks and black shoes.

I hope they find Jesse, with or without use of a drone, and bring him home safe.

On the flip side, another example of people flying drones actually is hampering an official action. This past week, an unauthorized drone over a southern Utah wildfire was spotted by crews for the fifth time since the blaze ignited nearly a month ago, stirring fears that firefighting aircraft could be at risk of a collision.

Folks, as many of us around here know, aircraft are critical in the battle against wildfires and a hobbyist trying to get cool photos of a blaze is not so great. The idea is since authorities use planes to fight fires – mapping hot spots and acreage, among other uses – the airspace over a fire is like that above an airport: closed to only official aerial uses.

In fact, firefighters had to ground their planes for several hours Friday night when another drone was spotted.

I am in favor of federal regulations, which will impose a $20,000 fine for anyone who “knowingly or recklessly” flies a drone near emergency responders. The regs can’t come too soon, since authorities have recorded 20 incidents in which drones have been flown too close to wildfires in the past year.

Face it, some drones are big business and others are toys.

You and I will more likely encounter the smaller variant, so what would you do after spotting one flying over your house? Shoot it down or say no big deal?

Not so simple, huh!?