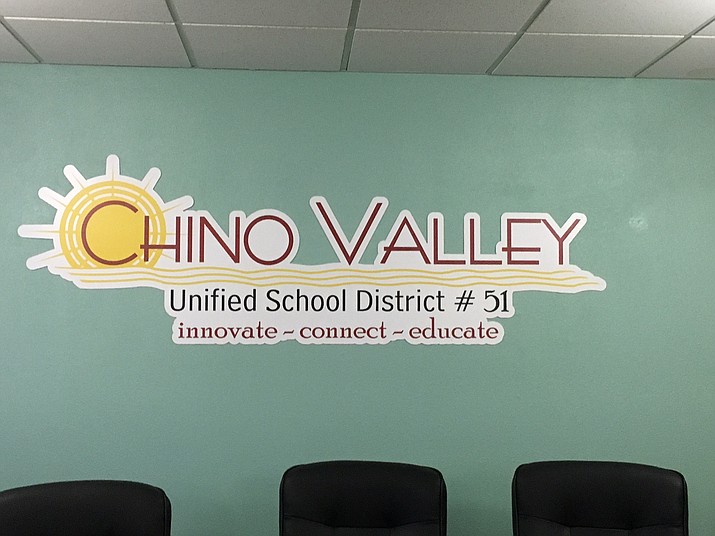 The district’s Board of Governors decided to spend the $482,539 it received from the voters’ approval of Proposition 123 in May’s special election on an average raise of 3.2 percent to its teachers and staff and for capital improvements, most notably the purchase of a special needs bus.

“Part of the philosophy that our district staff had was that there was a year or two that we didn’t get raises, but really what we did was cut staff so that the next year’s staff would be making the same or more,” Superintendent John Scholl said.

Scholl said that each year the employees contributions to the state retirement fund increased, so that if they didn’t do anything, staff’s take-home pay would decrease. He said the district tried to give each a merit raise to offset the cost of the increase so the take-home pay stayed the same.

“I think staff appreciated that,” Scholl said. “My wife works in the Prescott district, and her paycheck was going down, while mine was staying the same.”

Peter Atonna, the president of the Governing Board, said that rewarding teachers with merit raises was the first priority for the Prop. 123 funds.

Scholl said the district gave every teacher who stayed a $1,000 retention bonus using the Prop. 123 funds.

Prop. 123 narrowly passed in May. It authorized the sale of state lands to provide some financial relief to the state’s school districts. It was a settlement worked out over schools suing the state because they had not fully financed schools at the level mandated by a previous voter initiative.

Scholl said they wanted to use the capital improvement portion of Prop. 123 to purchase two activity buses, which are smaller and can seat about 14 passengers.

“Since we talked about that last spring, we had a run of tough luck with our special need buses,” Scholl said.

The district currently has five special needs buses, but several have been out of commission with mechanical issues or awaiting inspection by state officials.

“Our transportation needs are great, this is just the biggest need right now,” Scholl said.

In other actions, the board approved the adjacent ways levy, which means it will collect $100,000 from property owners to use on improving roads around the schools. In this case, the district wants to address the Road 1 West and Road 2 North intersection, which its buses are having a difficult time turning at.

The district plans to partner with the Town of Chino Valley to purchase right of way and enlarge the intersection, creating islands where buses can make wide turns without crossing over into incoming traffic. That project won’t begin until the end of the school year and must be completed by June 30, 2017.

The board also promoted the security guard at Chino Valley High School to student safety support supervisor, increasing his responsibilities.

School district begins spending Prop. 123 funds: Teachers, staff to get 3.2 percent raises
Column: Why we can’t afford not to vote YES on Prop 123
CVUSD Board offers incentive bonuses
Schools to get immediate cash from Prop. 123
Letter: No on Prop 123