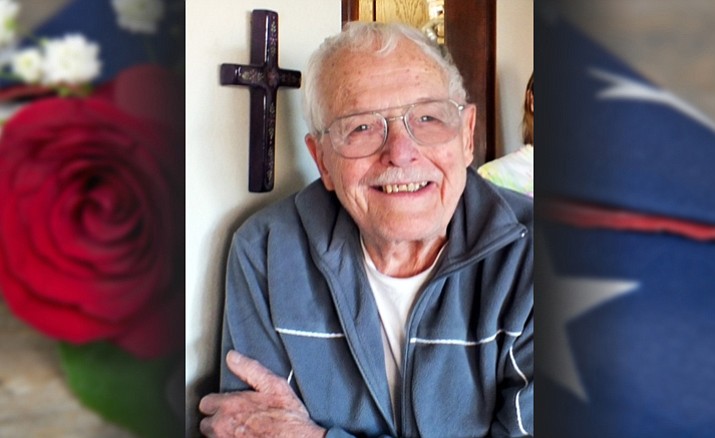 Daniel Mereness Williamson, 87, passed away peacefully on July 4, 2016, at his home in Prescott, Arizona, with his wife at his side.

Born and raised in Illinois, he joined the Army at an early age. After serving in the US Army for eight years, Daniel earned his engineering degree at University of Texas in El Paso. He worked in the aerospace industry in California, where he earned a Masters of Science in Systems Engineering, and then in Georgia before retiring to Prescott in 1993.

He was a long time member of MENSA and IEEE. Daniel enjoyed many interests and could repair most anything that was broken. He loved to read science fiction, to garden, and to learn the history and geography of wherever he lived. He was generous with his time and his resources, deeply committed to his faith, his family, and his country. He was an active member of Sacred Heart Church in Prescott, serving as a lector for many years. He was a devoted husband, a loving father and grandfather, and will be sorely missed.

A funeral mass will be held at 10 a.m. on Friday, July 22, 2016, at Sacred Heart Catholic Church, 150 Fleury Street, in Prescott. A reception will follow and the burial services will be held at the Prescott National Cemetery at 1 p.m.