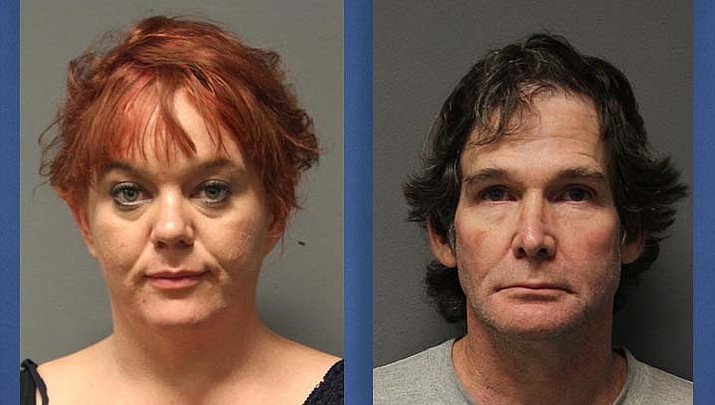 CAMP VERDE – A man and a woman were arrested June 28 after a traffic stop resulted in officers’ discovery of heroin and methamphetamine, according to Yavapai county Sheriff’s spokesman Dwight D’Evelyn.

Members of the Partners Against Narcotics Trafficking multi-agency task force and the Camp Verde Marshal’s Office stopped a pickup truck driven by Cory Lynn White, 35, of Verde Villages, and with passenger Bryan Todd Ritter, 51, of Cornville.

Officers developed information that there were drugs in the truck, and a K-9 search of the truck resulted in officers finding 85 grams of meth and 1.7 grams of black tar heroin, D’Evelyn said, along with multiple items of drug paraphernalia including a digital scale, unused clear plastic baggies, used and unused glass meth pipes, along with loaded and unloaded hypodermic syringes.

White is being held on a $28,250 bond. She was also identified as the second suspect in an ID theft and burglary case while in custody on the drug charges.