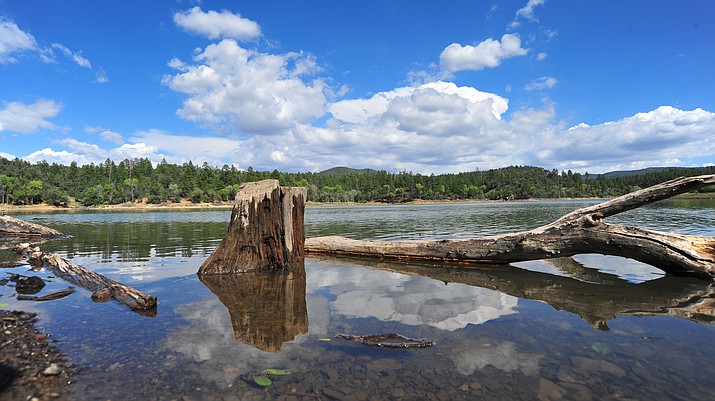 Prescott Valley residents won’t be paying any more or less for water in the coming year. (PNI file photo)

Prescott Valley residents won’t be paying any more or less for water in the coming year.

Every year the Management Services Department reviews its rates, fees and charges in order to establish rates relative to the cost of service, to encourage conservation and discourage waste of water usage and maintain the adequate financial performance measures, Customer Accounts Manager Mark Lusson said.

One aspect taken into consideration in factoring all of it is the number of customers, Lusson said.

Other aspects taken into consideration include consumption volume, the annual utility budget and annual debt obligation.

Last year, the department asked for a 2 percent increase, which was able to cover them moving forward, Lusson said.

“The current base rate for our water meters are at and proposed is the same number,” he said. “We’re asking for a 0 percent increase on the base rates for water.”

As for sewer rates, the department is shy of 19,000 accounts right now, which is estimated by using an industry standard that takes the usage between November and the end of March, Lusson said. It’s calculated that 90 percent of the usage is going through the sewer during those months, he noted. Volume will remain the same as will base fees, Lusson said.

Councilmember Mary Mallory said she is excited that there is no increase.

“Things are expensive enough,” she said. “Citizens will be happy that we are being conservative in our fees and our charges.”

Also happy that there will be no increase is Councilmember Lora Lee Nye who said people don’t generally know that the entire area is held to a much different standard about water usage as it’s an active management area. Prescott Valley is not using any more water than was used in the 1960s, she said, stating the reason was because there was a lot of agriculture back then and that takes a lot more water.

Not only did Vice Mayor Richard Anderson appreciate the fact that there is no increase, but also the effort that went into tracking the information the department used.

“It’s very easy for you to come up here and make everybody feel good by saying the rates aren’t going up … these numbers aren’t based on wishful thinking, they’re based on very accurate processes that you use,” he said. “The time’s going to come that we have to say it’s going up a penny … they have to understand when we’re able to say there’s no increase, it’s based on fact.”