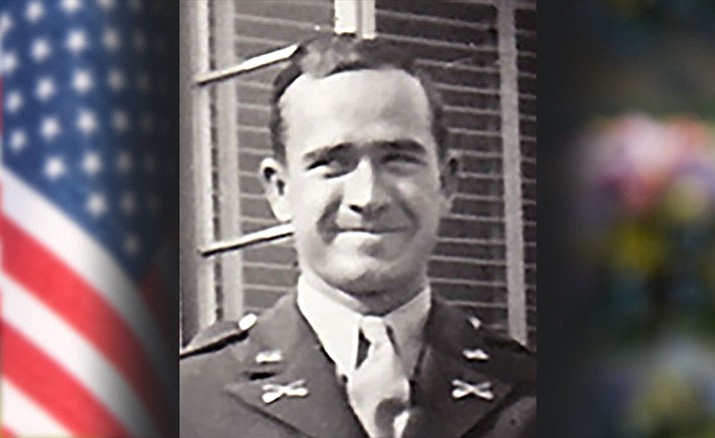 He was a remarkable man with an amazing and long life.

John was born in Frankfort, Kentucky.  By the time he was 3, his family had moved to Tucson, Arizona, at that time a town of just over 20,000 people.  In junior high school he ran around with future author Ray Bradbury, sharing their interest in reading and science fiction.  He graduated from Tucson High School in 1938 where he was a member of the junior ROTC.  John continued with ROTC training at the University of Arizona, graduating in 1942.  The morning of graduation he was commissioned as a 2nd Lieutenant into the Army Horse Calvary and ordered to Officer Basic School at Fort Riley, Kansas, where he trained in Mechanized Calvary, bridging the transition from horse to vehicle.

In February 1943, he obtained a short leave and returned to Tucson to marry Marion Knudson on Valentine’s Day.  They had met in front of the UofA Library. John impressed her at their introduction being dressed up in his ROTC uniform, complete with a sword!  How could she resist that?  In March 1943, he was ordered to New York and the two of them drove their small car cross-country from Tucson.  From New York he was ordered to North Africa, where Lieutenant Huff spent most of 1943 in Morocco and Algeria with the 117th Mechanized Calvary, C Troop.

His unit was transferred to Italy where John was part of General Clark’s escort as he entered Rome, which had been declared an “open city” by Germany and the Allies sparing ruin.  They continued to pursue the Germans north to Florence where they were ordered back Naples.  He then became part of Operation Dragoon, invading southern France on Aug. 15, 1943.  His platoon led the landing at St. Tropez, in front of the Third Infantry Division.  Malaria (contracted in Africa) soon derailed John for a few days, but he was able to rejoin his platoon in France as they continued north to Grenoble and the Belfort Gap.  Just north of the town of Draguignan his platoon surprised and captured over a thousand German soldiers, including a General.   John’s malaria returned and he was evacuated back to Naples.  By the end of 1944 he was in a hospital in Santa Fe.

John retired from the Army in 1964, returning to Tucson.  He worked for the University of Arizona as Assistant Dean in the Continuing Education Department, helping to set up courses all over Arizona and in Mexico.  He retired from the UofA and was hired by Tucson Electric Power in their personnel division.  He retired, staying in Tucson until 2001 when he and Marion moved to Prescott.  The two traveled for many years to Europe, Hawaii, Alaska, Canada, New Zealand and all over America.

John in preceded in death by his two sisters, Amy Lue Yordt of California and Anna Lee Markle of Texas.  He is survived by his wife of 73 years and two sons, John and James.