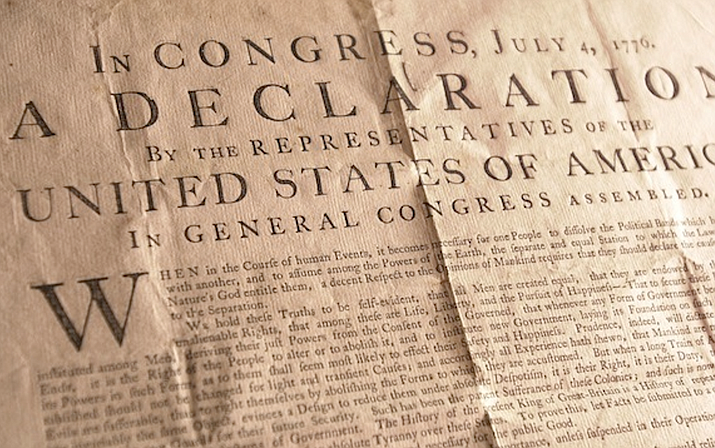 This great democratic experiment we call the United States of America is only 240 years old. However, in that amount of time, a number of legends that would normally take centuries to grow and multiply in any other civilization have sprung up.

The Fourth of July may have been dedicated to celebrate the spirit and sacrifice that helped found the nation’s freedom but no nation’s origins, no matter how young or old, are lacking fantastic stories that sound too good to be true and therefore must be.

Following are seven things I’ll bet you didn’t know about our nation’s birthday, according to information I have gathered over the years:

America didn’t declare its independence on the Fourth of July - Perhaps the greatest misconception of this holiday lies in the name and its equally iconic date. The true “Independence Day” depends on your definition of when such an official declaration was indeed truly official.

It’s widely believed that America’s first Continental Congress declared their independence from the British monarchy on July 4, 1776. However, the official vote actually took place two days before and the “Declaration” was published in the newspapers on July 4.

The Declaration of Independence wasn’t fully signed on the Fourth of July - It is also often believed that when the vote was made official, everyone signed it on that fateful day, a moment that’s often portrayed in popular paintings. However, it took an entire month to get all 56 delegates together to put their “John Hancock” on the document. In fact, the only person to sign the document on July 4 was also its first signer: John Hancock.

John Adams thought ‘the Second of July’ would become Independence Day - One of the signers and future presidents wrote a famous series of memorable letters to his beloved wife Abigail detailing the events that led to the nation’s founding. The one he sent announcing the Congress’ vote regarding the official Declaration of Independence predicted, “The Second Day of July 1776, will be the most memorable Epocha, in the History of America.”

The song ‘God Bless America’ stayed in Irving Berlin’s rejection pile for 20 years - Famed American composer Irving Berlin gave his adopted nation one of its greatest and most iconic songs but it didn’t see the light of day because its author didn’t deem it worthy of being sung. Berlin was drafted into the military in the early 1900s and helped to draft a musical comedy for his fellow troops in which he composed the song for its final number – a tune inspired by a phrase his Russian mother would often utter after escaping to America from underneath the iron fist of the bloody Russian empire.

However, the composer didn’t think it would fit in the show and kept it in his file for 20 years until singer Kate Smith wanted a patriotic song to sing on the radio as war broke out across Europe. The song became one of the most requested patriotic ditties almost overnight and a staple in American songbooks.

Apple pie wasn’t created in America - The phrase “as American as apple pie” has made the dessert treat a staple of any patriotic holiday or celebration. The truth is that apple pie had its roots embedded in other cultures long before America came along and joined the world. All but one breed of apples aren’t indigenous to American soil and came to the states by way of early European settlers.

The Fourth of July was originally celebrated with a lot of greenery instead of red, white and blue - Fourth of July celebrations these days are filled with fireworks, clothes and ornaments covered in red, white and blue. Such colors weren’t widely available for decoration in the shadow of the nation’s birth, especially in the heat of battle during the Revolutionary War. The first few Independence Day celebrations used greenery as decorations instead. They also fired artillery used in battles after the completion of the war for the Fourth of July, but the practice dissipated as the cannons fell apart over time and were slowly replaced with fireworks.

The modern flag was designed by a high school student as part of a class project - The American flag has gone through many alterations as the regions grew and even reached beyond its borders. The modern “50 star flag,” however, has an interesting story behind its creation.

High school student Robert G. Heft of Lancaster, Ohio, was assigned to create a new “national banner” for America that would recognize the statehood of Alaska and Hawaii. Heft simply added two extra stars to the flag to give it an even 50 and stitched his own design. His teacher only gave him a “B-minus” for his effort, so he sent his project to President Dwight D. Eisenhower for consideration and a change of grade. Eisenhower chose his design personally and the new flag was officially adopted in 1960. His teacher then gave him an “A” instead.

I say we should celebrate our independence and show our patriotism every day.

Around the Bluhmin’ Town: Remember what Independence Day is all about
Purcell: Illuminating Independence
Stossel: One nation, many individuals
Watch: Americans celebrate July 4 with fireworks, parades, salutes
What does the "Fourth of July" mean to you? <BR>