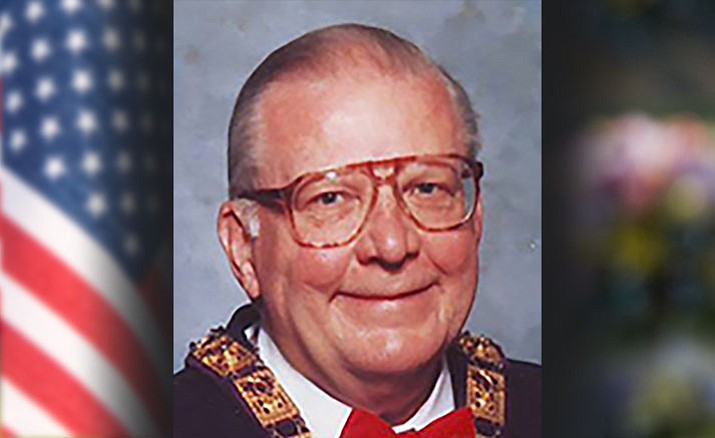 Robert Everett Butler passed into eternal life on June 25, 2016, at his home in Dewey, Arizona. He was born in Brooklyn, New York on July 8, 1934, to Myrtle (Adams) and Everett Butler and grew up in Portsmouth, New Hampshire. Robert was a graduate of the University of New Hampshire, with a B.A. in Government, and he earned his Juris Doctorate from the University of Maryland.

Robert was the loving father of Christopher Butler, of Halethorpe, Maryland and David Butler, deceased (1975). He married his loving wife, Lucille (Tomczyk) of 57 years on May 9, 1959, in Rochester, New York.

Robert served as a Lt. J.G. in the United States Navy as a Military Advisor with MAAG in Saigon, Vietnam, and at the Vietnam Naval Academy in Nha Trang. He was employed by the social Security Administration, and was the Deputy Director of the Office of Public Affairs at the time of his retirement.

Lucille and Robert subsequently moved to Dewey, Arizona, in 1988. Robert was a proud and loyal member of the Prescott Elks Lodge #330 for 24 years, serving in the Chairs, and as Exalted Ruler of the Lodge in 1998-99.

Robert loved spectator sports, especially baseball and football. He had a keen interest in politics and current events, and he and Lucille enjoyed many trips by car cross country.

Robert was predeceased by his son, David A. Butler, his parents, Myrtle and Everett Butler, and sister, Geraldine (Butler) Browning. He is survived by his wife, Lucille; son Christopher; sister Diana Shore and brother-in-law, Stephen of Loudon, New Hampshire; brother-in-law George Tomczyk and sister-in-law Carole of Rochester, New York; and numerous nieces and nephews.

Robert was a good man, a true gentleman, patient and courteous, loving to his family, and never one to refuse help to anyone in need. He will be deeply missed.

A memorial service will be held at the Elks Lodge, in Prescott Valley, Arizona, on Saturday, July 9, 2016, at 11 a.m. It was Robert’s wish that in lieu of flowers, donations be made to either

Robert’s burial will be in Maryland.

“Goodbye, Bob, goodbye until the hour of eleven shall regularly return…”

Arrangements by the Neptune Society.