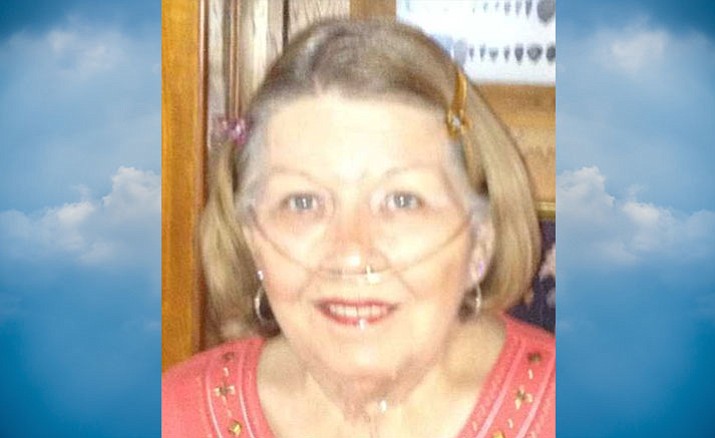 Connie Sue Little (Lassen), 69 years old, of Prescott Arizona, died peacefully in her home on Friday June 24, 2016. Connie fought courageously and with great determination her many ailments, until God called her home. She was with her loving husband of 45 years, Eldon L. Little.

Connie was born on August 20, 1946, in Socorro, New Mexico. Connie was blessed with a life of travel. She moved to Hawaii with her parents 1947-1953, then moved to Crescent City, California. She had two siblings born on this journey; her brother Thomas Lassen born in 1950 and her sister Andi Lassen (Mayer) born in 1954. The family then moved to Prescott, Arizona in 1955. Connie graduated from Prescott High School in 1964. After graduating she moved to the small island of Guam in the South Pacific where she had her first son, Craig Alan Gallagher Jr. born March 4, 1967. Connie left Guam in 1969 and moved to St Louis Missouri where she had her second son, James Troy Gallagher, born August 6, 1970. Shortly thereafter Connie moved back to Prescott Arizona and met her Husband, Eldon L Little, and they were married on November 27, 1971, in Sedona, Arizona.

Connie loved the ocean, scuba diving, snorkeling, swimming, gardening, reading books, Indian culture and camping at the river. She was also a great cook who loved to have gatherings with family and friends. She loved her animals and her family life with her husband and two sons. She was a devoted employee for the Prescott Unified School district for 26 years; first as a secretary at Prescott Junior High and then taking a position as an Administrative Assistant in Personnel at the District office from 1977 to 2003 when she retired.

Connie was preceded in death by her mother, Darlene (Herrick) Lassen on September 12, 1997

nephews and a devoted friend to many.

A Memorial Service will be held at the Calvary Chapel located at 2313 Arizona HWY 69, Prescott AZ 86301 on Saturday, July 9th, at 10 a.m, reception following at the Calvary Chapel high school room. Connie had a passion and great love for her animals. So in lieu of flowers, please consider a donation to the Humane Society or The American Diabetes Association.