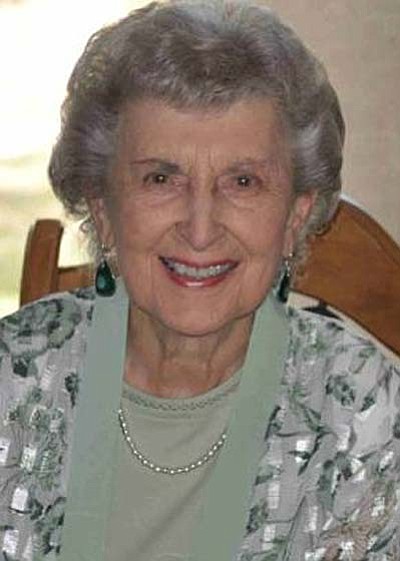 Anne Poleo, 88, passed away Jan. 23, 2016 at the Summit in Mesa, Arizona after battling cancer for the past six months. She was born the only child of Anthony and Natalie Coletto on Sept. 25, 1927 in Brooklyn, New York.

Anne started playing piano at the age of 7 and graduated from high school when she was 16. Anne attended the Boston Conservatory of Music where she studied concert piano. While there, she met her husband of 59 years, Vincent Poleo Sr. After getting married, she lived in Massapequa, New York, where she raised her children and taught piano. In 1964, Anne and Vince followed their best friends, Rita and Bob, and moved to Mesa, Arizona. Anne was active in the women's auxiliary at Mesa Lutheran Hospital and enjoyed playing golf at Mesa Country Club. In 1986, they retired to their "little cabin in the pines" in Prescott, Arizona, where she loved to play bridge, golf and volunteer with the Claret's organization at her church. In 2013, Anne moved back to Mesa, Arizona to be closer to her children living in the valley.

In lieu of flowers, the family suggests donations to Hospice of the Valley.